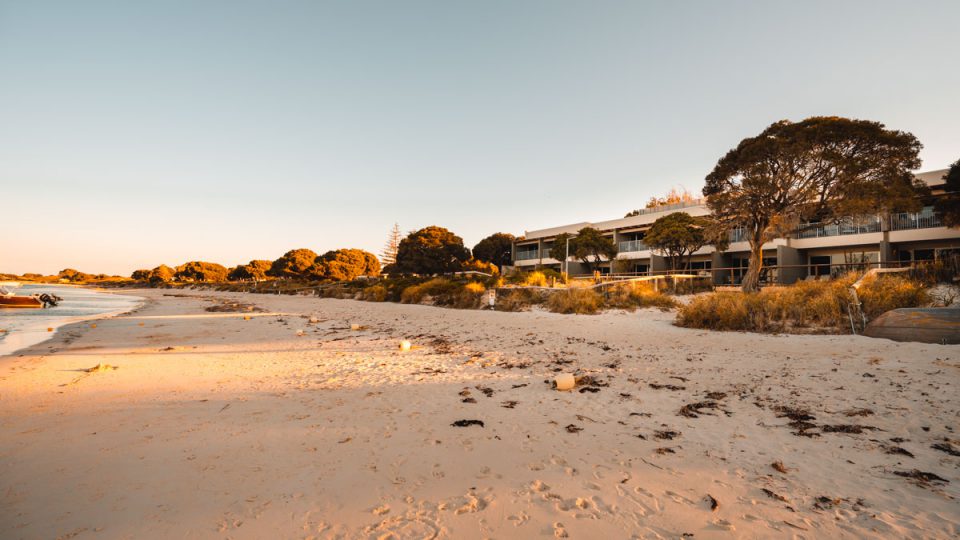 Rottnest Island, right off the Western Australian coast, isn’t exactly known for luxury holidays. While some enjoy that aspect of the island, others (myself included) have been longing for something a little bit more luxurious.

So when Samphire Rottnest Island was announced, naturally I had high hopes for this new hotel/resort. Last week, the hotel finally opened, and even though I had booked my room months in advance, I had no idea what to expect. 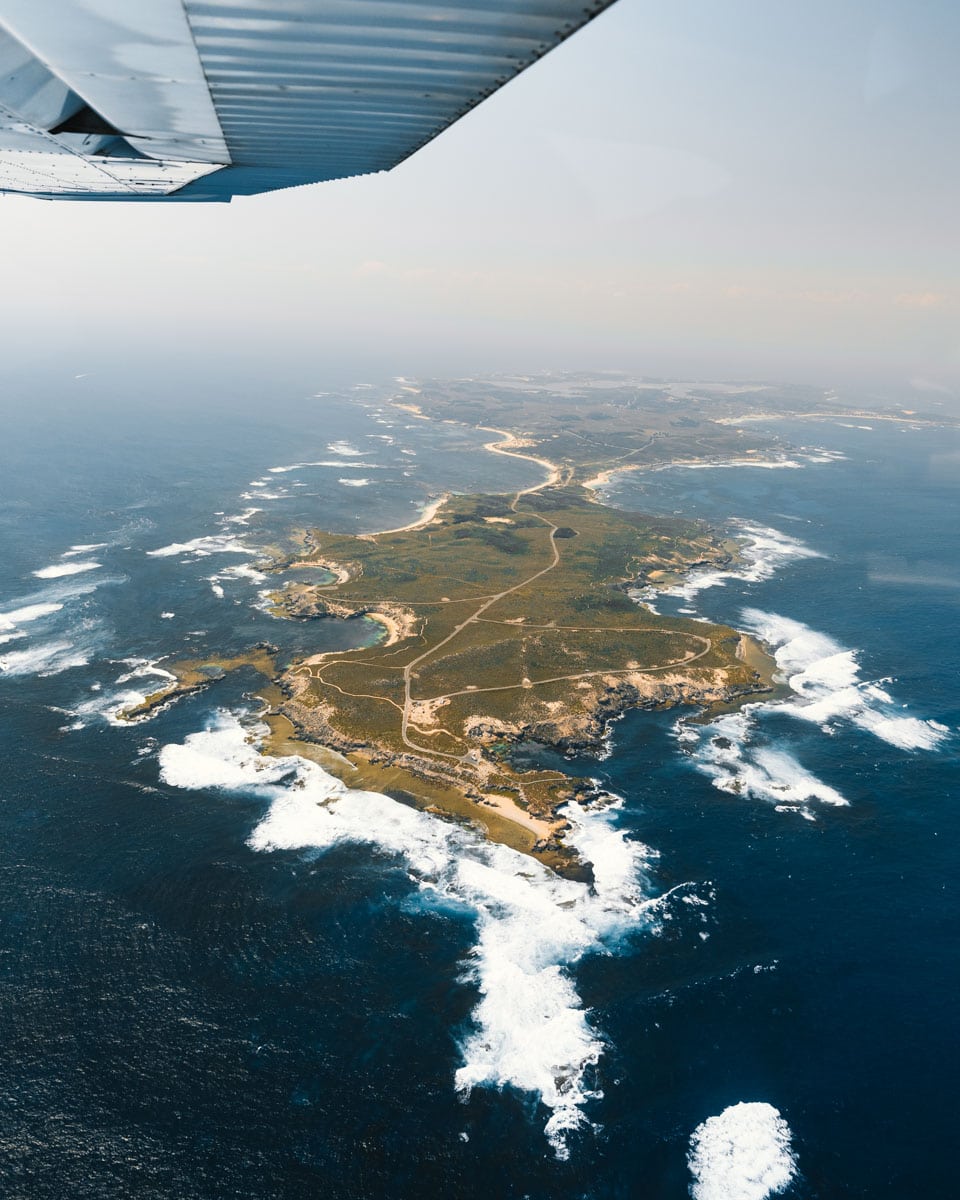 Bookings can only be made direct. As it stands Western Australians are still locked up in their own state, so the management at the hotel is seizing this opportunity to cash in; and who can blame them!

When trying to figure out which room to book, I was amazed and slightly confused by all the different room types available, especially considering the big price differences and lack of room details available on the website.

In the end, I settled for the “Beachfront super king suite” at a staggering $635 a night. I figured that since it was a suite, the price would be justified…

I expect these prices to come down in the future when W.A. opens up again to the rest of the world and the country, but in the meantime, Samphire Rottnest is the latest “hot” destination, so I expect they will be very busy this summer!

I don’t visit Rottnest often. In fact, I’ve only been 2 or 3 times in the 10 years I’ve lived in Australia. So instead of catching the expensive and boring ferry, I opted for the Rottnest Air Taxi which can be booked for $495 return for up to 3 passengers. If you’ve never flown to Rottnest and feel like splurging a little bit, I highly recommend it! 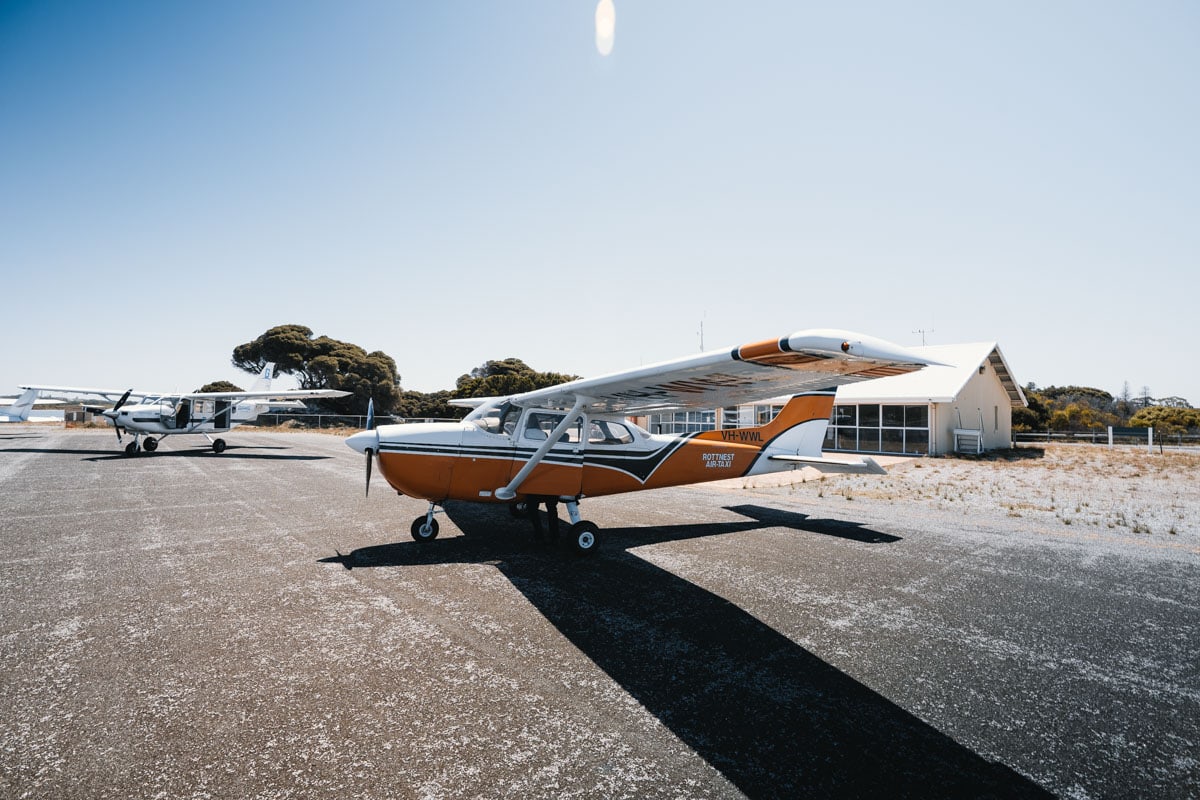 A day before our arrival, the hotel concierge called up to welcome us and see if there was anything she could book. I decided to book dinner at the new restaurant and breakfast for the next day (yes, oddly you have to book for breakfast). I also asked if there was any chance of getting picked up from the airstrip and although that seemed like an odd request to them, they organised for someone to meet us there.

Since we arrived at 12:30, we decided to try out the restaurant for lunch while we waited for our room to be ready. Around 2 PM, I checked again on the room which still wasn’t ready (apparently). 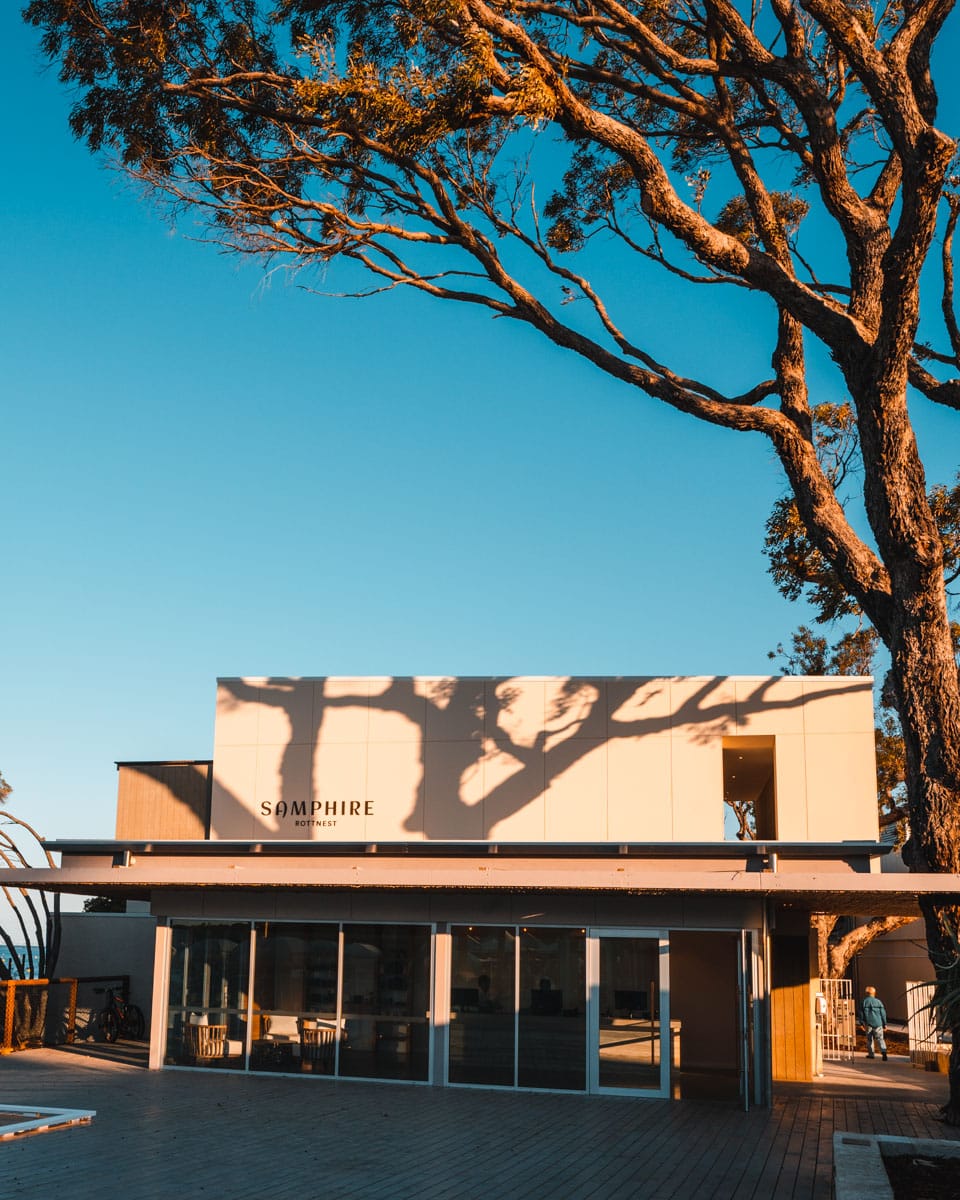 When we finally got the keys, I was somewhat disappointed with the room. By no stretch of the imagination could you classify this as a suite, let alone a “super king suite” and at $635 a night I would expect slightly more. The size of the room would be a “standard” room at any other luxury hotel and considering for the same price you can stay at some of the best hotels in Australia/Perth (Ritz & Como), I would think twice about returning. 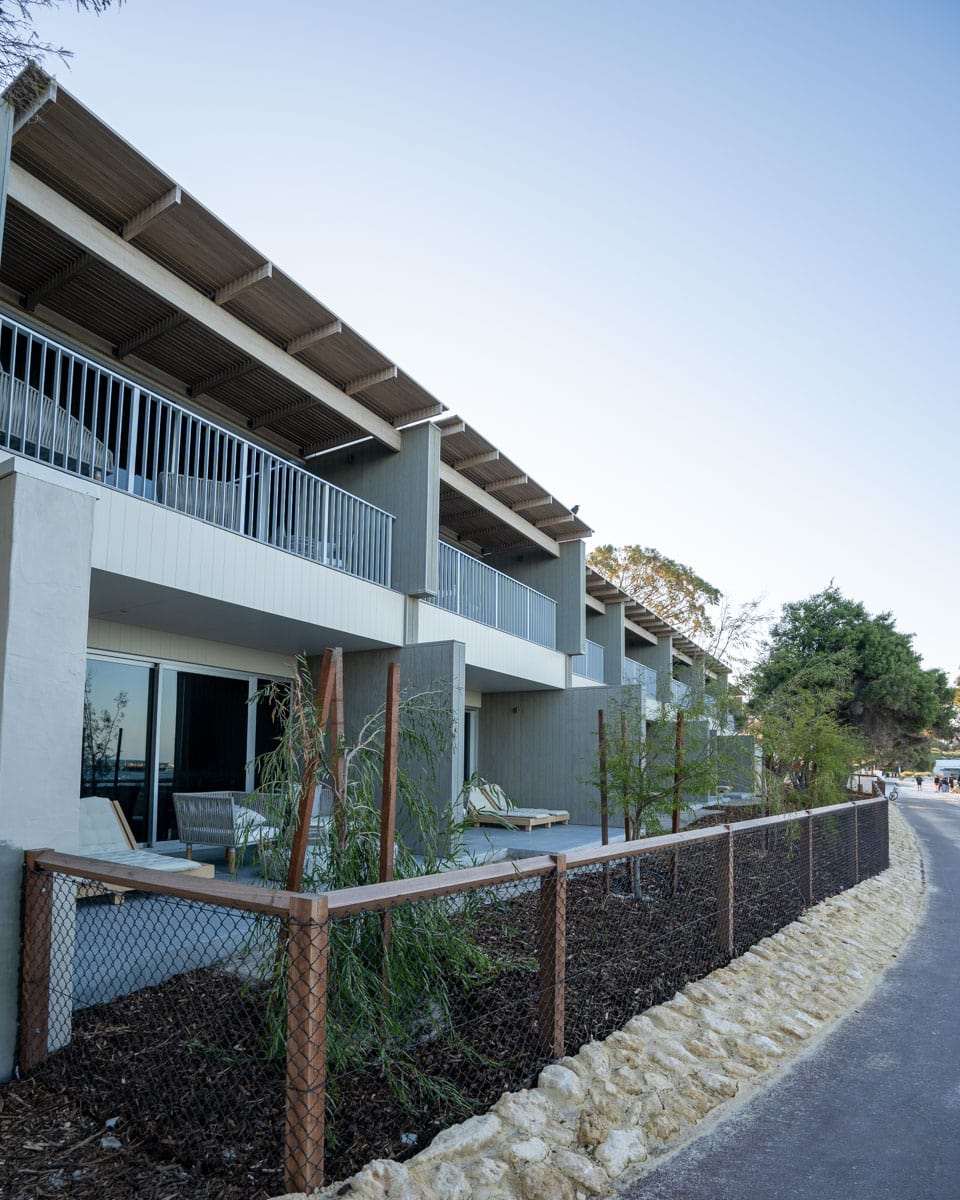 On paper, the “beachfront super king suite” sounds nice, but there isn’t much view of the ocean or beachfront to be had. Instead, you are served with the Rottnest Island walkway which is right in front of your room. When you are enjoying the outdoor space, you might feel like a monkey in a cage while the rest of the island walks past your room and has a clear view. If you prefer privacy (like we all do), don’t book the ground level rooms. 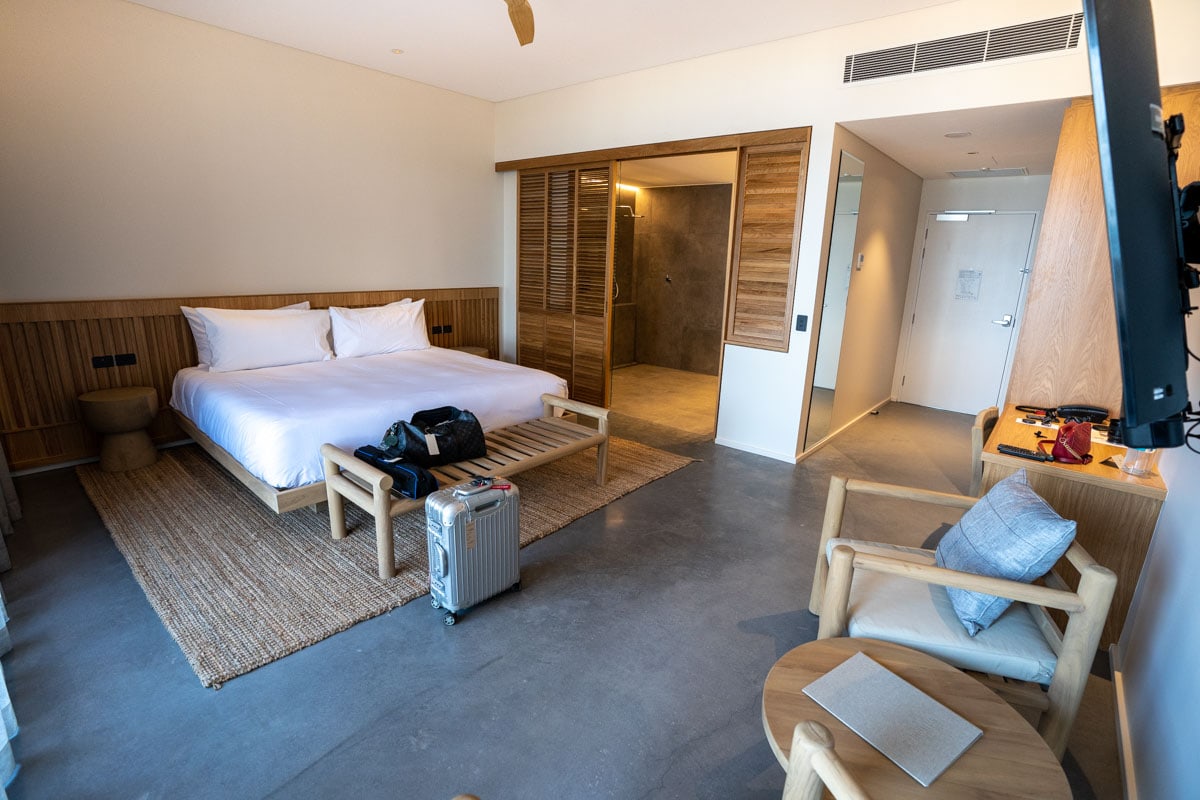 Inside, the room could be described as minimalist. It’s not bad, but it feels slightly basic, maybe a bit sterile. The bathroom was almost as big as the “suite”, and while I love a large bathroom, this one just felt like a wasted space. 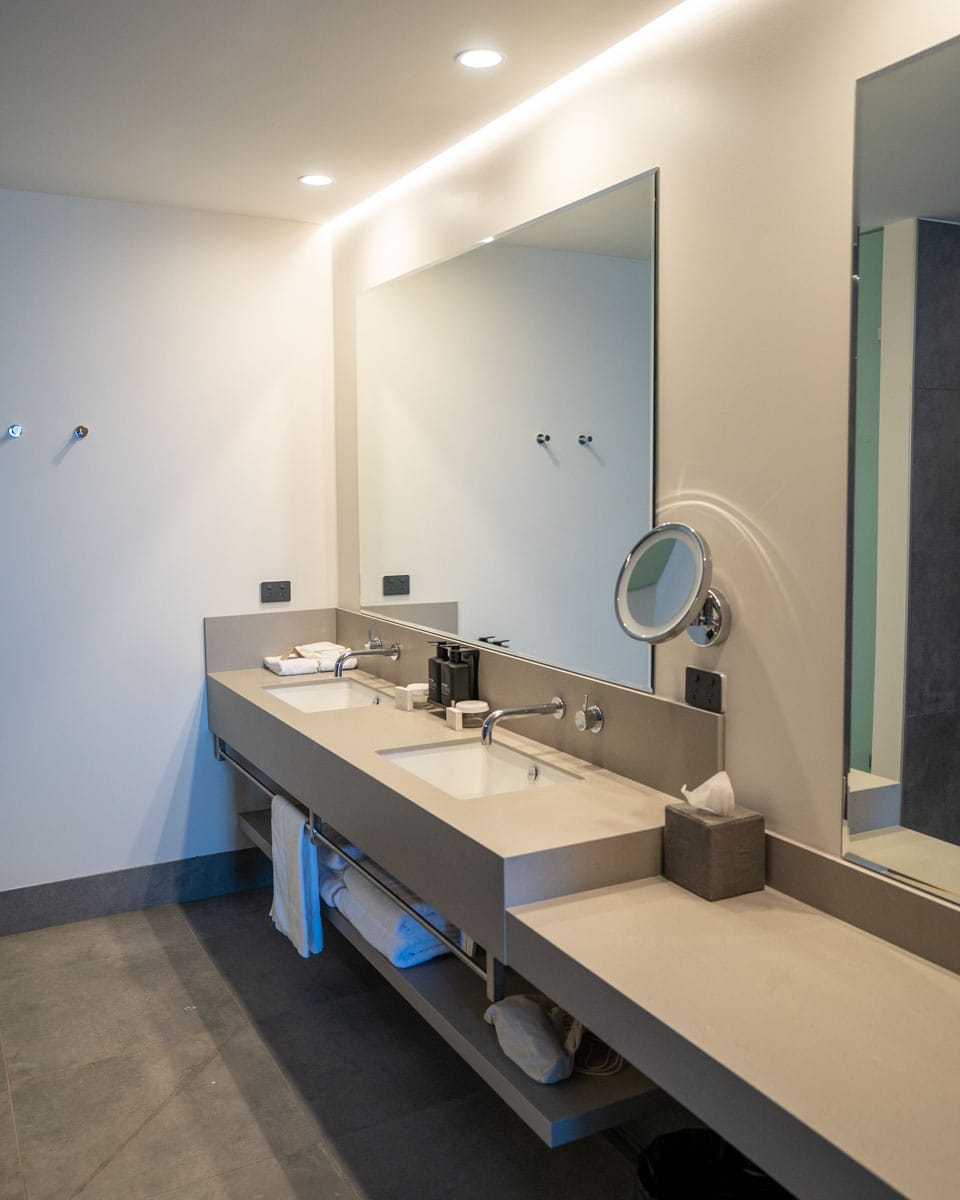 I wish they spent a bit more thought (and perhaps money) on the finishes of the room to match the price tag. 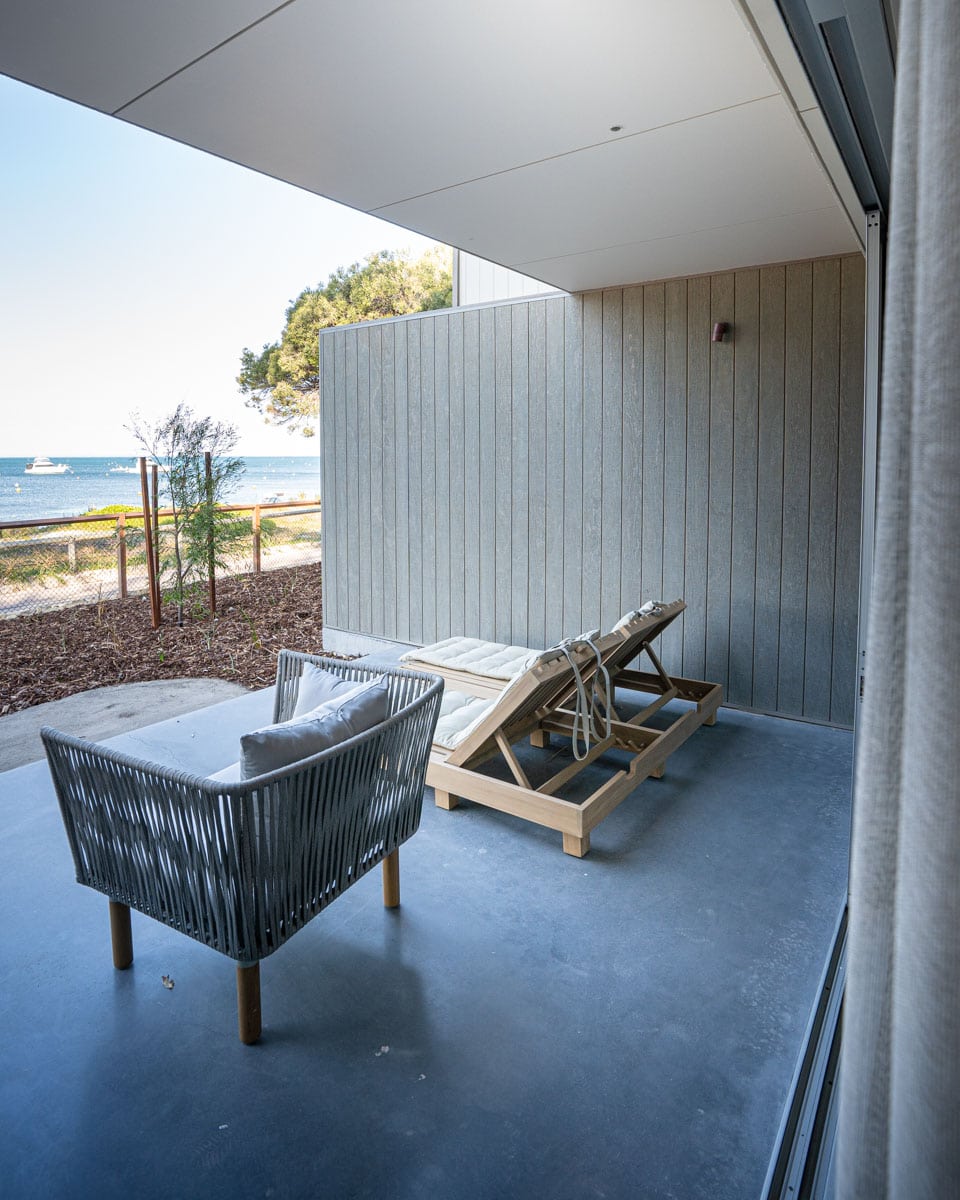 In the middle of the hotel is the pool area, which feels a bit caged in thanks to all the prominent fencing surrounding it. I understand that it’s hard to work with Australian regulations to create a beautiful pool area. Still, I’m sure there are more creative ways to include a secure pool area without compromising on design. 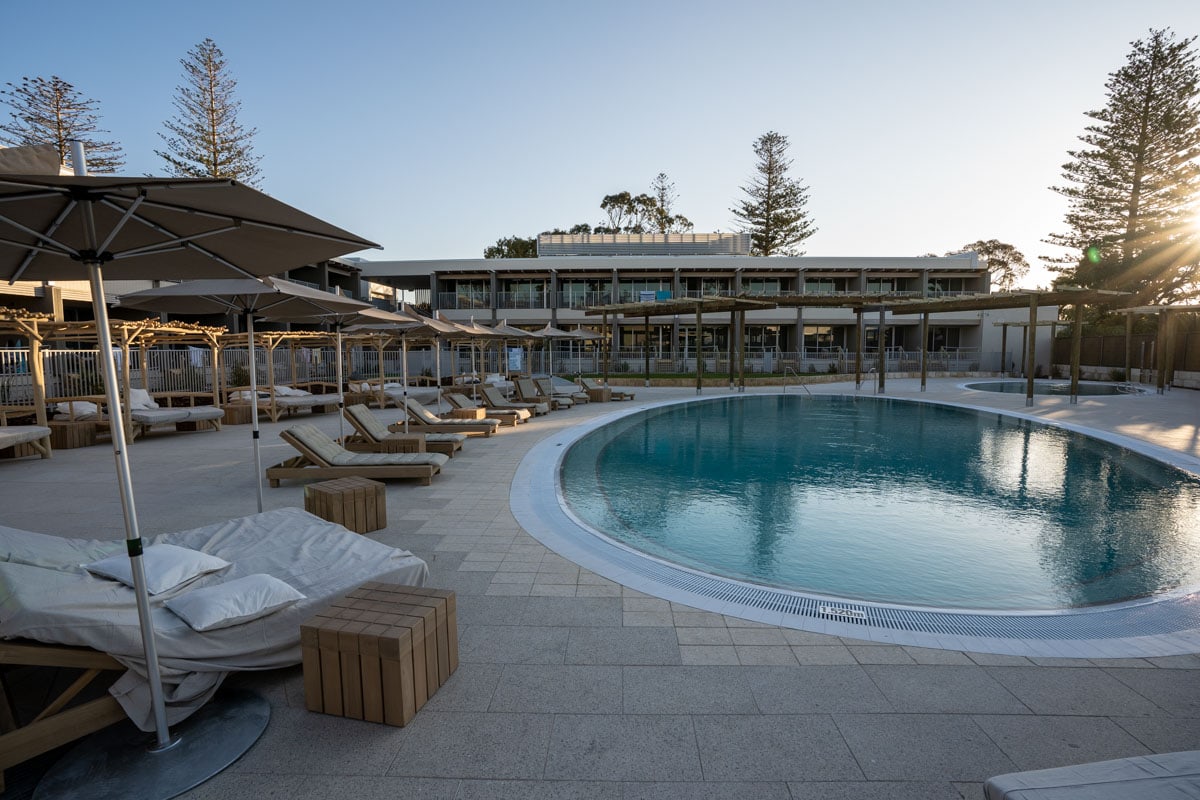 The pools themselves are not heated and on the small side (granted there’s plenty of ocean right next door).

While the hotel doesn’t have a gym, they do offer fitness and yoga classes daily. I don’t think these were running yet while we stayed so I’m unsure if there’s an extra charge.

For most of our stay the staff at the hotel were great, and it’s hard to fault them considering they just opened. However, there were a few occasions where the attitude let down the whole experience. When you stay at a hotel that advertises itself as a luxury destination, as a guest, you don’t want excuses. Instead, you want staff that can accommodate your requests to the best of their ability. 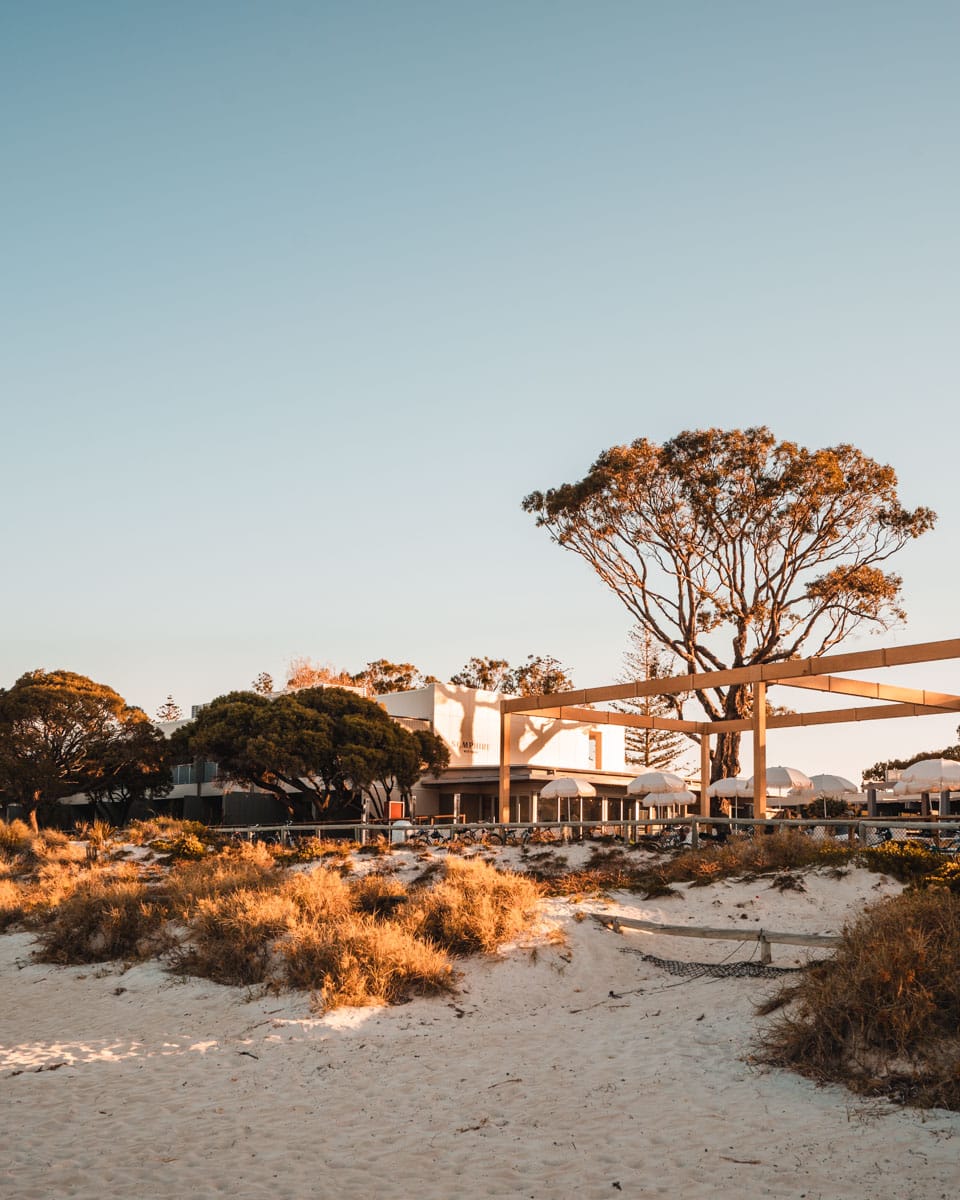 To give you an example; when it came to checking out, I asked if there was the possibility of a late checkout. The resolute answer was “no, we’re fully booked”. While that might be the case, there’s no harm in counter offering a 1h or even 30 minutes later checkout time. My next question was if it was possible to get a lift to the airport. The response was “we’re very busy, and it’s our grand opening today”, as a paying guest I couldn’t really care less about how busy you are or how much more important your other guests maybe…it’s not like I was asking for a kidney transplant! After pointing this out, the request was met, and we did end up getting a lift back to the airfield (it’s a 1km ride).

The brand new Lontara restaurant on Rottnest Island was fantastic! Headed up by Quim Hernandez and Will Meyrick, the restaurant draws inspiration from South-East Asia with some top Western Australian ingredients. 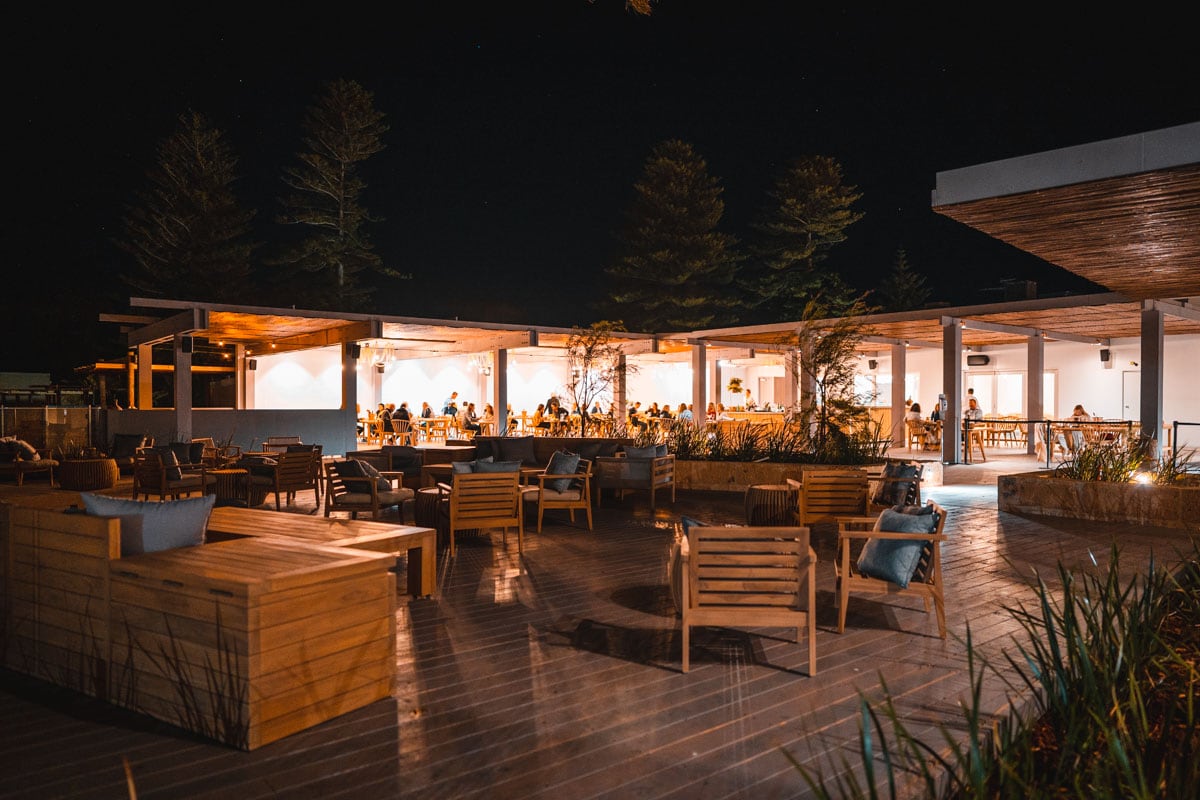 The food was outstanding, and while the service was a bit slow, the staff (mostly European) were very friendly and accomodating. 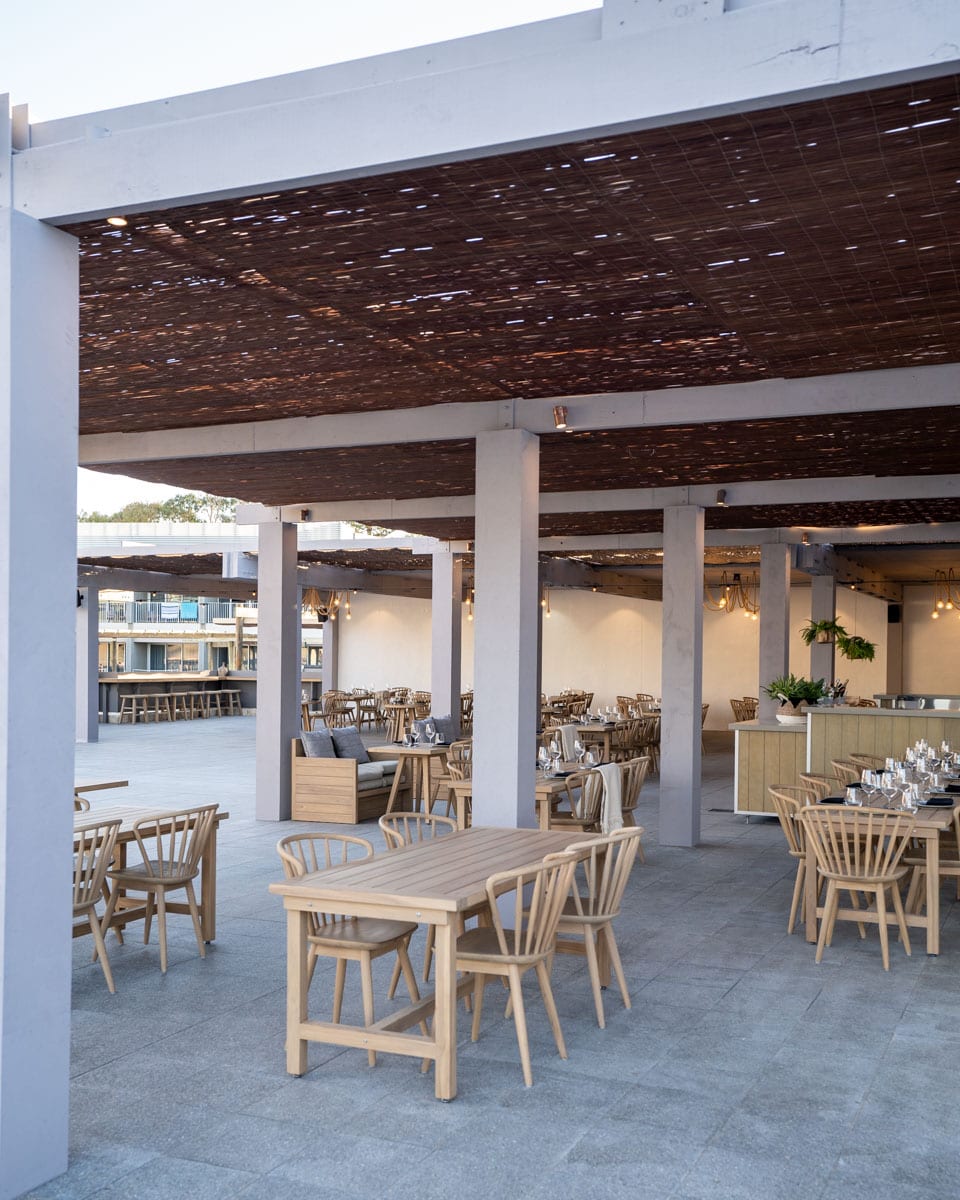 The restaurant is all outside (I believe there’s an inside portion which is yet to be finished?) and space is limited, so make sure you book before you arrive on the island.

On our second night, we tried to book in the morning but learned that “sorry the restaurant is fully booked”, instead of offering to put us on a waitlist the hotel staff just left it at that. When I later checked directly with the restaurant staff, it turned out that there were plenty of tables… 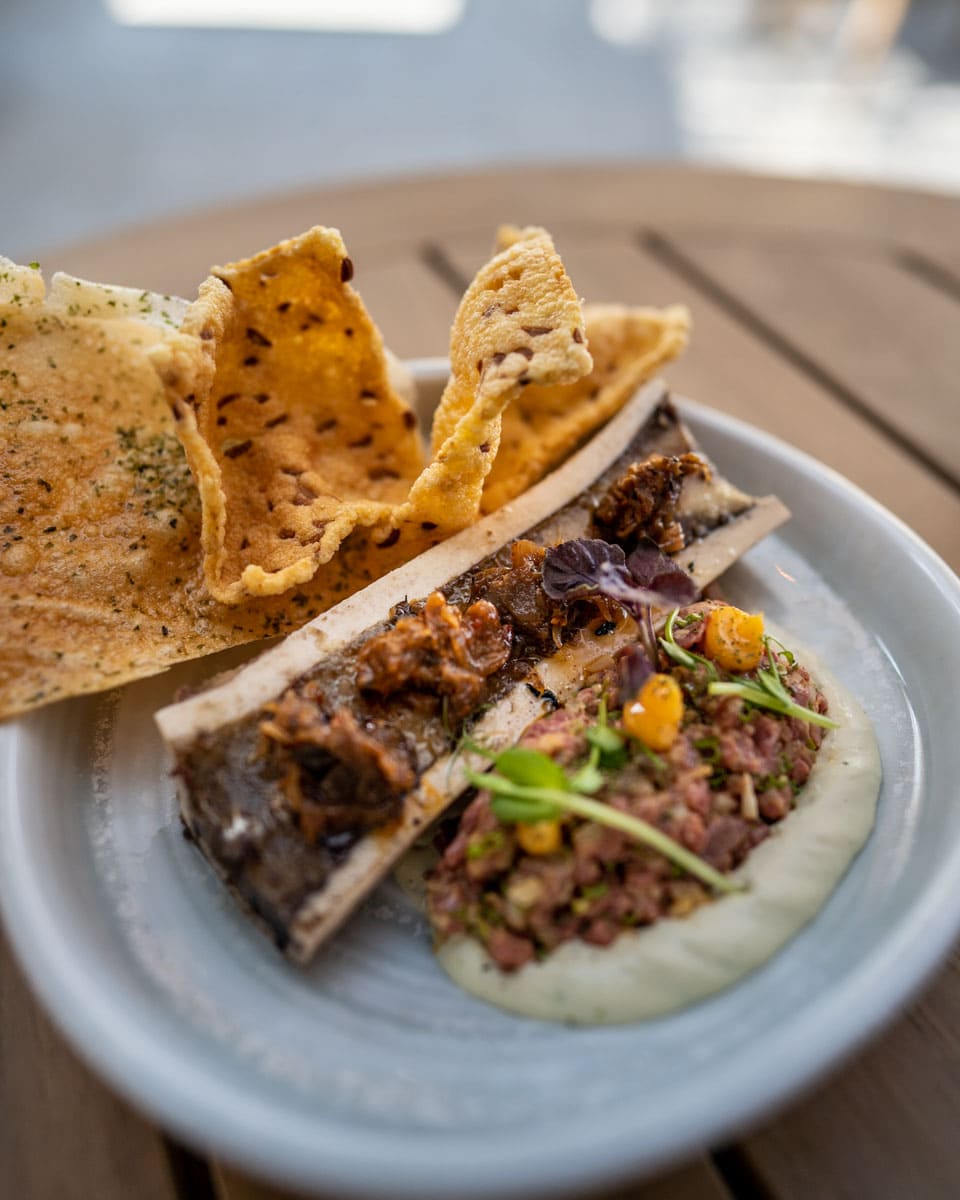 Lontara is also the place you go for breakfast on the island. Unfortunately on our second day, we learned that at 9:30 AM (we arrived at 9:38 AM) the kitchen was already closed! I felt that they could be more accomodating, especially towards hotel guests. I don’t know many hotels which close breakfast at 9:30 AM, especially considering it is not included with the price of the room. 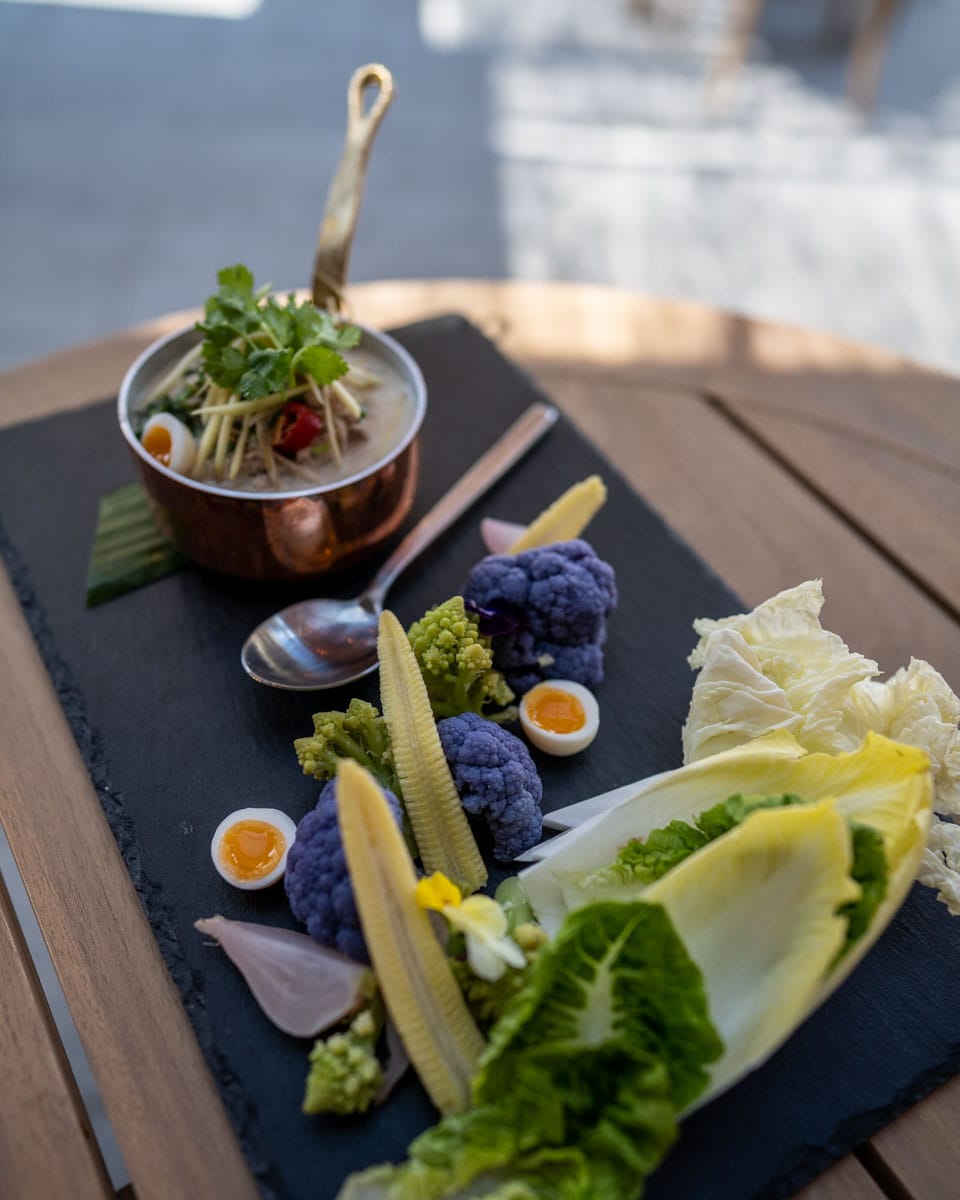 When booking a room at this hotel, don’t be misled by the website description. Here are the best room types (in my opinion):

I would avoid anything described as “beach lane”, it’s not a beach lane. These rooms overlook the bungalows next door which look terrible. Also, avoid the “Beachfront” rooms on the ground floor unless you like to be stared at by every person using the walkway right next to your room. 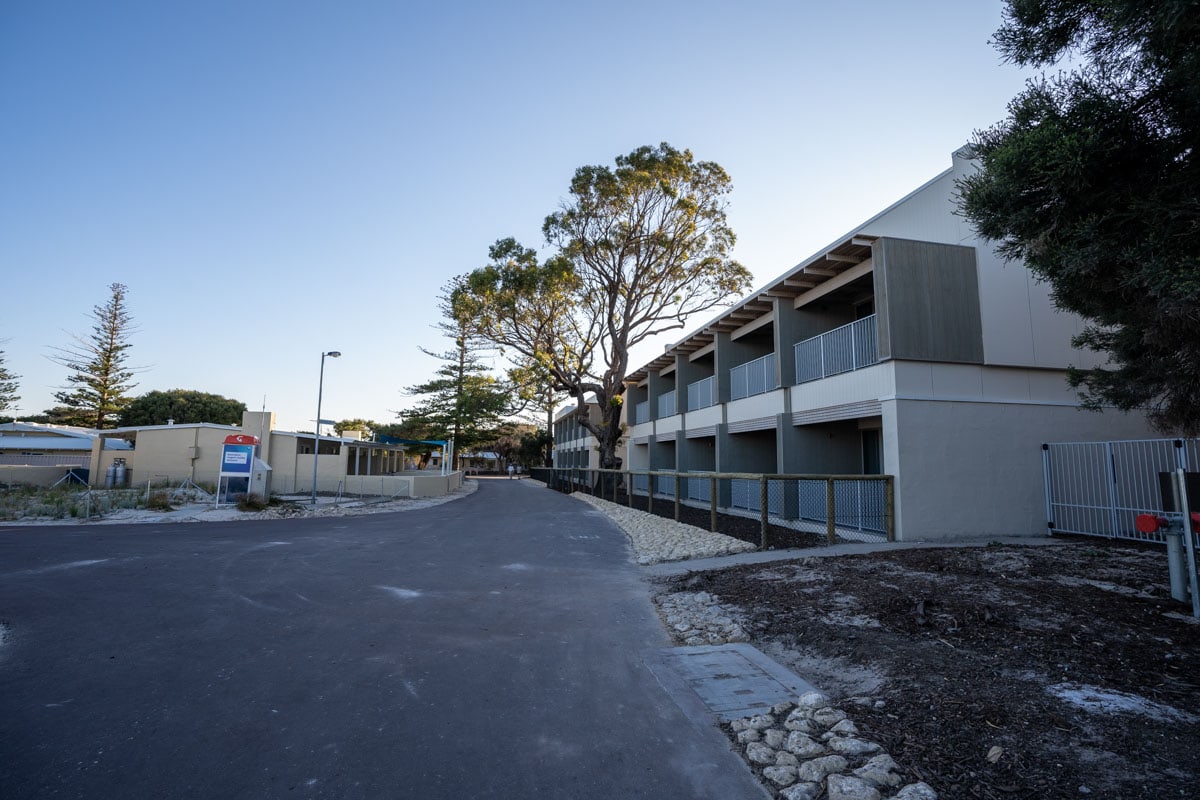 Did I enjoy my stay, yes! Will I go back? Probably not. Whilst the hotel is nice enough, I really missed the “wow” factor I was expecting from a hotel at that price point. Is it the best accommodation on Rottnest? Absolutely! There’s nothing else on the island that appeals to me personally in terms of accommodation. Hence, in that regard, Samphire Rottnest is a welcome addition, but when you factor in the cost of getting there, it is not exactly value for money. 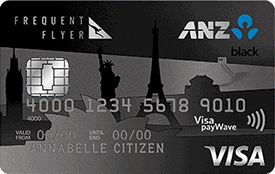 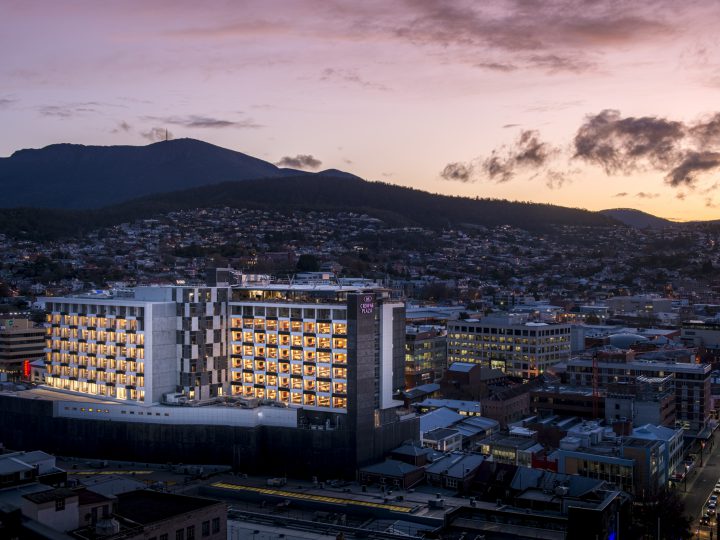 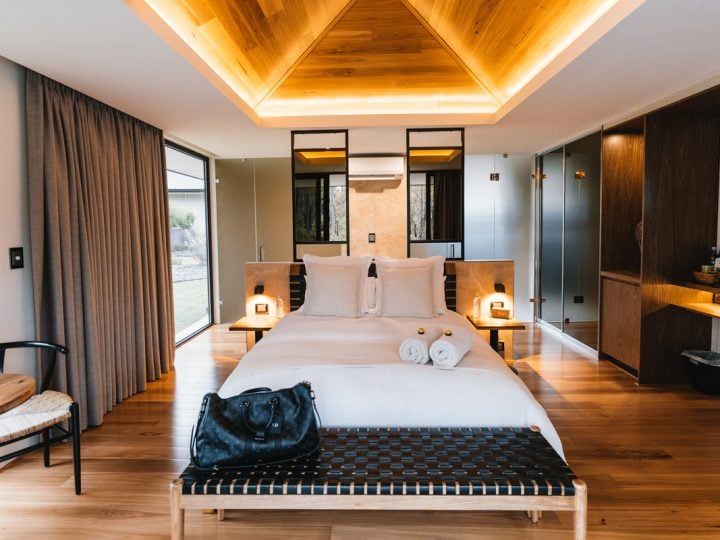 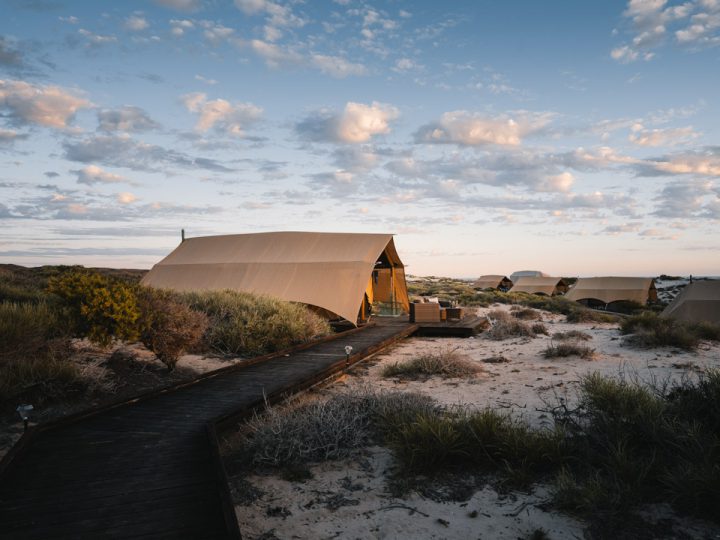