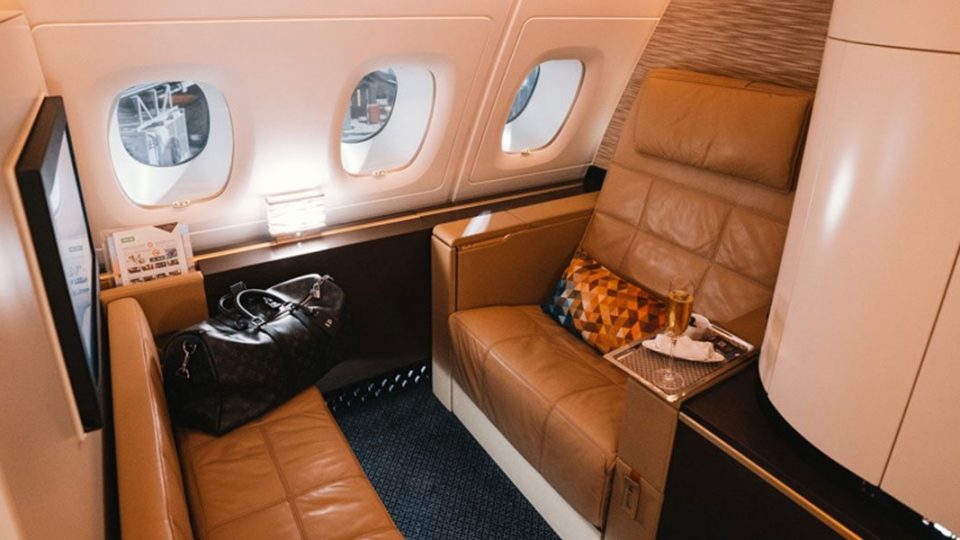 I’m glad I got to try both Etihad business class and first class on the A380, for all we know the product as we know it might be gone soon considering the uncertain future Etihad faces right now.

Etihad’s A380 first class apartments are undoubtedly some of the best first class seats in the sky. They’re also slightly harder to redeem compared to other first class products out there so when Etihad opened up a tonne of award space back in November 2017, I jumped at the opportunity to book a couple of seats on the Abu Dhabi to Sydney Route.

If you’re interested in learning how exactly I booked these tickets for only $216.58 + miles, you can read my detailed guide on it here. 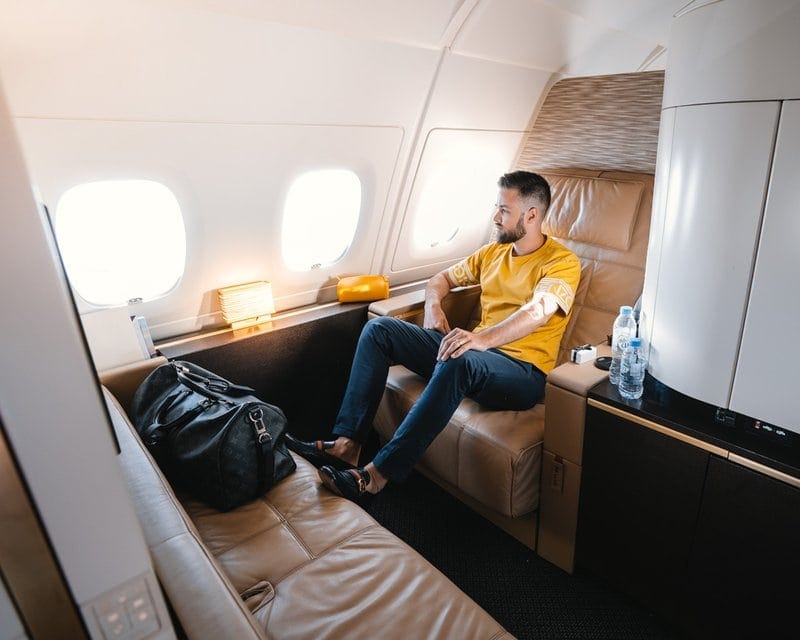 After enjoying a few leisurely hours in the (most excellent) first class lounge in Abu Dhabi T3, it was time to board the A380 to Sydney. EY454 departs at 9:50 PM and arrives in Australia around 5:55 PM a day later. Personally, I like these night-time flights as you can more easily adapt to the new time zone.

As it turned out, AUH airport officials thought it would be an efficient idea to search every single passengers luggage (an A380 can fit more than 800 people…) one by one before allowing them to board…because are who needs X-ray machines?

Of course, the first and business class passengers had a single person checking each carry on bag while the economy queue had 4 staff checking bags. After standing in line for 10 minutes, we decided it was faster to walk back and join the economy line.

Finally on board, we were shown to our suites by the crew and offered a pre-departure champagne, who can refuse?

Etihad’s First class suites consist of 9 fully enclosed apartments with a separate chair and bench which transforms into a bed upon request. The A380 also features “The Residence” which has a double bed, separate lounge and a private shower/bathroom. On our flight, it was booked. In fact, every single first-class suite was occupied.

Etihad’s A380 first class suites are incredibly spacious. The actual seat is extremely wide and upholstered in leather 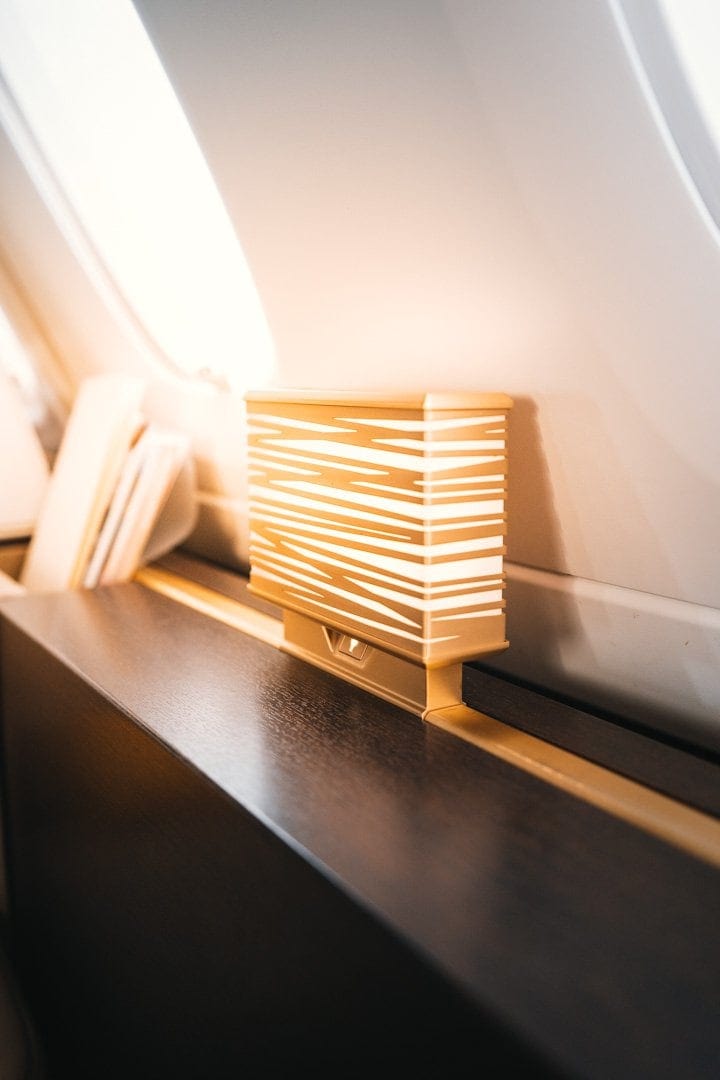 The decline of the seat is average at best but perfectly fine for dining/working and lounging. The leather bench across doubles as a bed but can also accommodate a second guest so you could dine together.

Right across the seat is a massive 24 inch flat screen TV which swivels around so you can view it while in bed. Two separate remotes are present in the suite so you can operate the IFE from both the comfort of your seat or your bed.

Storage space in the suite is ample, but I found it too impractical at best. The vanity unit complete with mirror is perfect for doing makeup and is well lit (apparently that’s important).

There are stowage areas under the bench but it was too small to even fit my LV 45 keepall, and the actually carry-on compartment was too small, so it wouldn’t close on my cabin size Rimowa (which is technically approved for Etihad A380 first class).

A handy wardrobe is right next to the door and a convenient place to hang your jacket, shirts etc. Each suite has a sliding door which is manually operated and offers maximum privacy, especially when you have a window seat.

The first class in-flight entertainment system is very nice and has a generous 24 inch display. Unfortunately, the selection of movies, TV shows and documentaries isn’t as good as other airlines such as Emirates who probably have one of the most extensive catalogues.

As a first-class passenger, you get a free voucher code for 100mb of free internet data. Although the internet speed is way too slow to be really functional, it did seem to work OK for sending a few messages.

Etihad recently introduced new lounge wear/pyjamas in first-class designed by “A Friend Of Mine”.

They are supposed to come with a bathrobe style jacket, but on our flight, we were given the pyjamas only. The new PJs were very comfortable and light, excellent for sleeping in without sweating up a storm.

Best Seats On Etihad A380 In First Class

Etihad’s A380 has 4 window and 5 aisle seats in first class with a mix of forward and backward facing seats. Additionally, 2 pairs of seats have the possibility to lower the divider, which partially opens the suite up into a double bed.