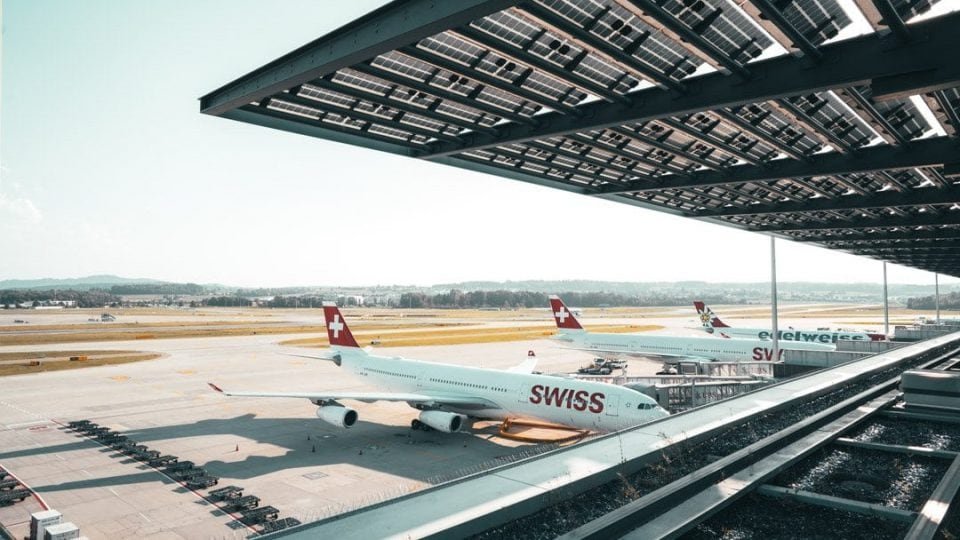 The Swiss Airlines first-class lounge in Zurich is one of the best first-class ground experiences in the world (if not the best).

Amongst aviation geeks, the Swiss Airlines First Class lounge in Zurich’s E Gates is rated as one of the top first-class lounges in the world.

Considering there’s fierce competition form the likes of the Qantas First Class lounge in Sydney, the Qatar Airways Al Safwa first class lounge and Etihad’s first-class lounge in Abu Dhabi (to name a few), I was a bit sceptical. 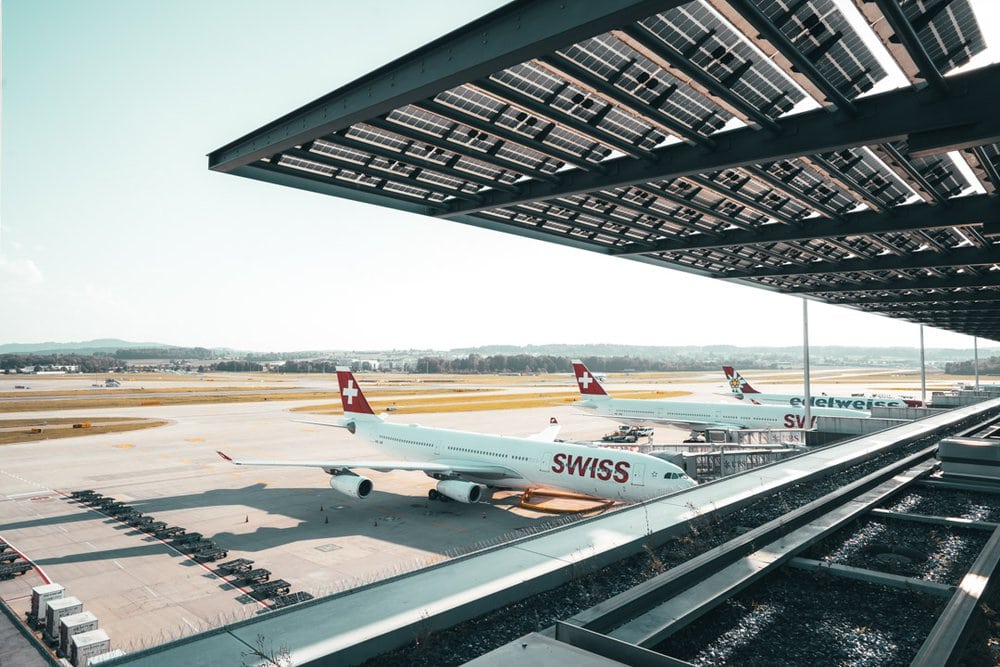 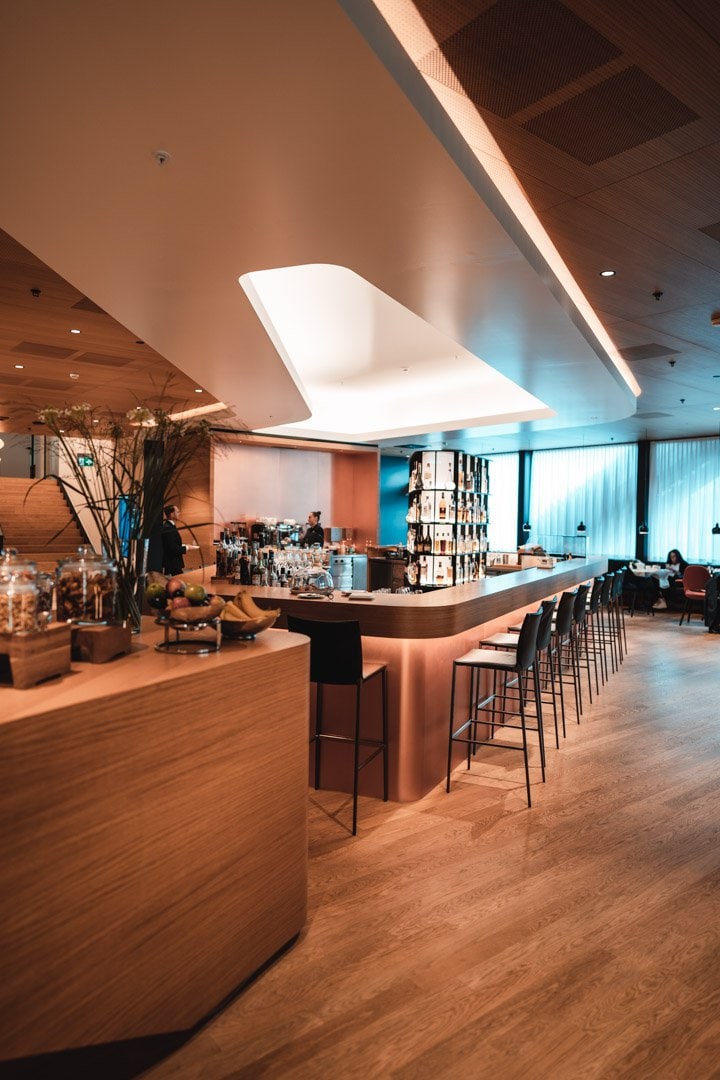 There are two first-class lounges in Zurich Airport; one is located within the Schengen zone; the other one is in the International section of the terminal.

The A Gates are located in the Schengen area, so this is where you will find the first lounge. Although this lounge gets significantly busier during the day (since it’s also accessible to HON Circle members), it’s definitely not a bad spot for a drink or something to eat. 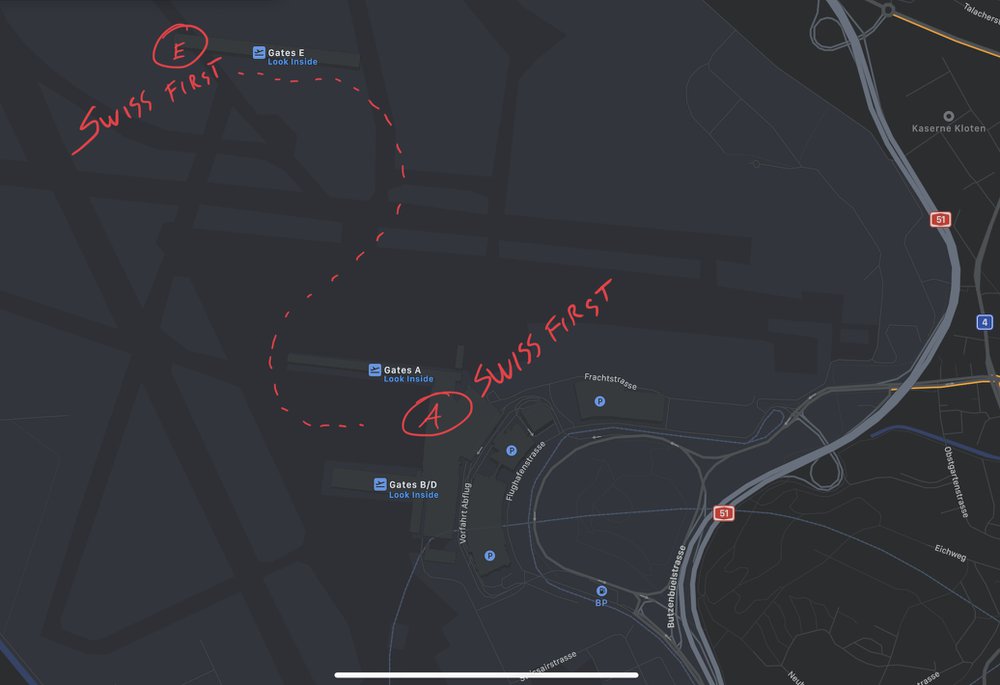 The A Gates are located in the Schengen area, so this is where you will find the first lounge. Although this lounge gets significantly busier during the day (since it’s also accessible to HON Circle members), it’s definitely not a bad spot for a drink or something to eat. 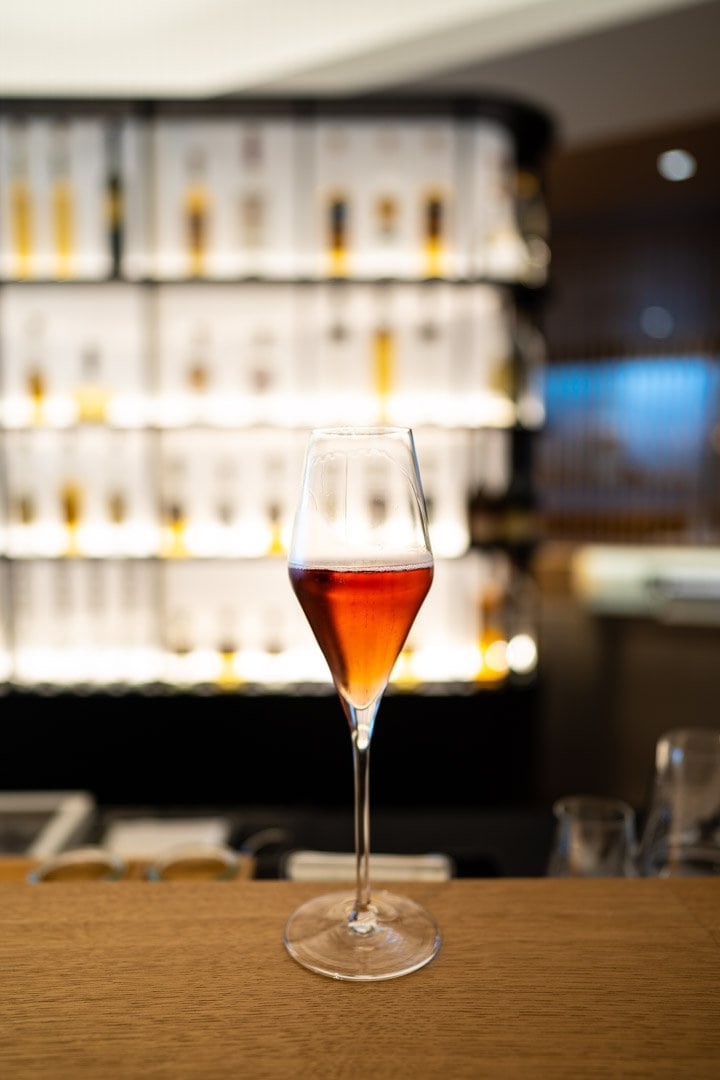 Most international flights will depart from the E Gates, but if your international flight is from a remote stand, your best option is the A gates. Why? Customers with access to the Swiss First Class lounge at the A gates get complimentary limo transfer to the E gates or to the plane if it’s at a remote stand. However, once you’re at the E gates, the only way to get back is on foot.

The E Gates Swiss First Class lounge is the flagship experience; it’s much bigger, has day rooms (more on this later) and also features the famous wrap-around outdoor terrace.

Since I had booked the cheap Swiss/Lufthansa return flight I wrote about earlier this year, I had to fly to Kyiv first. I had figured out there was only 1 flight going to Kyiv each day, so my safest option was to take the inbound flight and jump straight back onto the outbound flight.

That way if something were to go wrong, I would most likely still be in Zurich and would be able to just catch my flight in first class to Singapore (the whole reason for this exercise).

I had checked in online for my Zurich to Singapore flight so even though that morning I was flying economy to Kyiv, I was able to enjoy some breakfast at the A gates lounge before flying out.

The A gates lounge is located right next to the check-in area and has its own security checkpoint. At this time in the morning, I was one of the few people in the lounge, so getting from the main terminal to the lounge took a minute or two.

While there’s a self-serve area in the lounge, there’s also a full a-la-carte menu from which you can order throughout the day.

For breakfast, I had the bircher muesli and the eggs Benedict. Both dishes where outstanding and the eggs were cooked to perfection.

After flying up and down to Ukraine and 5 hours later, I was back at my starting point in Zurich.

Even though I landed outside the Schengen zone, I opted to exit the terminal to experience the Swiss Airlines Limo Service to the A gates. How to book Swiss Airlines Limo

Anyone inside the A gates lounge can book a limo transfer from A to E. However; most passengers won’t go to the E gates because it does take around 15 of walking minutes to get back + you have to go through passport control.

The limo service is booked with the front desk, and after specifying your preferred departure time, you can head upstairs and down the corridor to the limo service checkpoint. It’s here you meet the driver assigned with your transfer. Before jumping into the car, there’s a private passport control checkpoint since you are leaving the Schengen area.

Cars aren’t private, so if there’s another person heading the same direction, you will share the ride. While the whole experience is pretty cool, you can’t actually see much of the tarmac since you’re underground for most of the ride (which only takes a few minutes).

On the other side, you take the elevator right up to the Swiss First Class E Gates lounge reception.

As soon as I stepped outside of the elevator, I was greeted by name by the lounge manager (they get the information from everyone who’s coming across). It was late afternoon, and after a quick walk around, I noticed I was the only one in the lounge.

The Swiss first-class lounge at the E gates is clearly the “flagship” one of the two. It’s much larger, service is more personal, and it also has two dayrooms which are available on a first-come-first-served basis.

I requested a room upon arrival and was given a key to what is probably the best airport dayroom in the world. The rooms have a very typical minimalist Swiss design and come with an ensuite bathroom and shower (separate shower suites are also available if you don’t have a room).

The highlight of the room, however, is the bed. Swiss has partnered with Hastens to offer travellers one of the best (if not the best) bed brands in the world. If you think your “Sealy Posturepedic” is the shit, you’re wrong. Hastens has been in the bed game since the 1800s and it’s serious business. Everything is handmade with only natural materials. Beds from Hastens start around $20,000 and range up to $150,000.

It was only after jumping in bed for a quick nap and thinking to myself “damn this bed is comfortable” that I then looked up the brand!

The room comes with everything you need including a shower amenity kit and plenty of charging points for your devices. The rooms also have floor to ceiling windows from which you can look over the terrace and onto the runway. 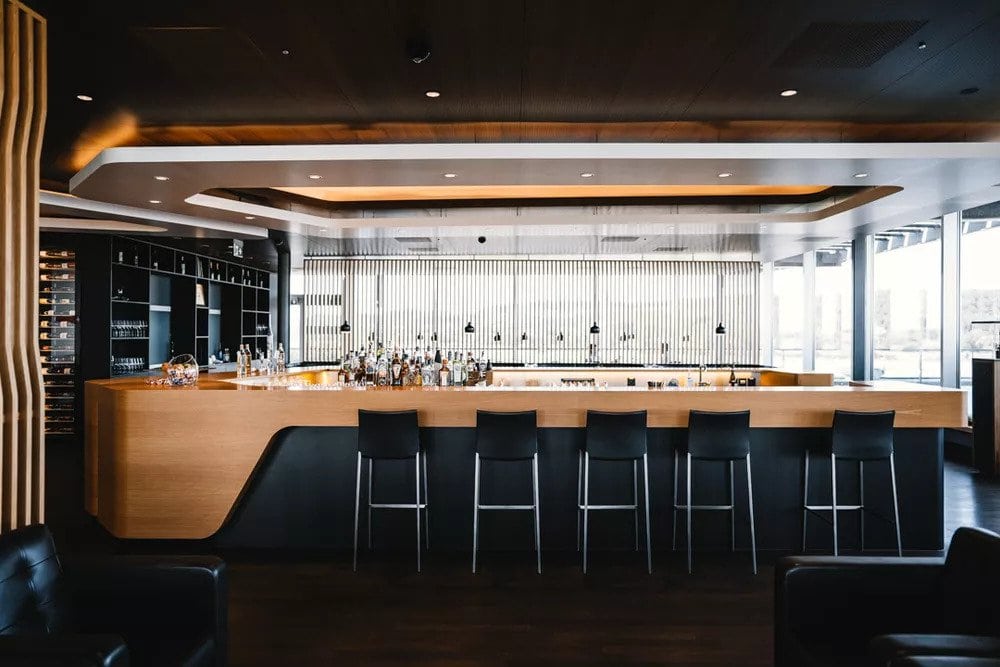 When you enter the lounge, you have the day-rooms, showers and bathrooms to your right and straight away, you are greeted by the beautiful bar, which is the centrepiece of the lounge. To the left side of the bar there’s the dining area (with views of the runway) and to the right is a range of seating areas which are partitioned off by wooden dividers.

From there, you can access the outside terrace, which is huge and wraps around the lounge.

There’s an outside lounging area as well which is a perfect spot to watch the planes come and go – champagne in hand. 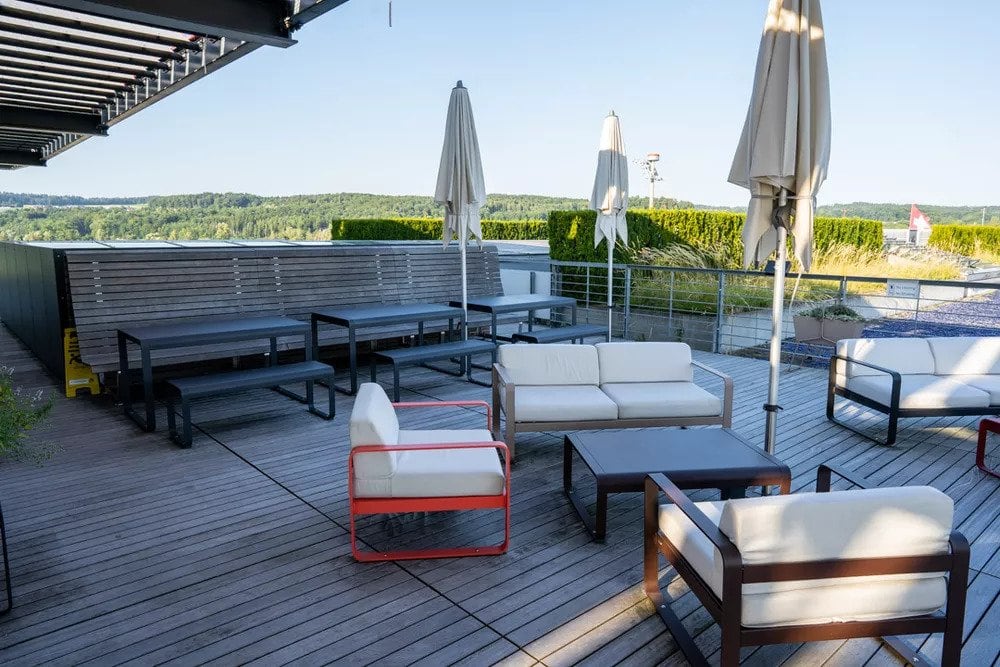 The dining experience in this lounge is one you shouldn’t miss. The food is outstanding, and the service is very much on point.

I started off with the beef tartare, followed by a rack of lamb and a dessert to finish.

In the lounge, you can also opt for a tasting menu which changes each season and offers some local specialities.

When it comes to drinks, Swiss has an extensive wine list. Of course, I forgot to take pictures of it (guess I have to go back?), but one of the most impressive sections of the list is the champagnes on offer.

Not one, not two, but nine different champagnes are part of the Swiss wine list. If you want to see the full list, I recommend you check my friend Jarvis’s review (he’s got one of the most recent menu pictures). 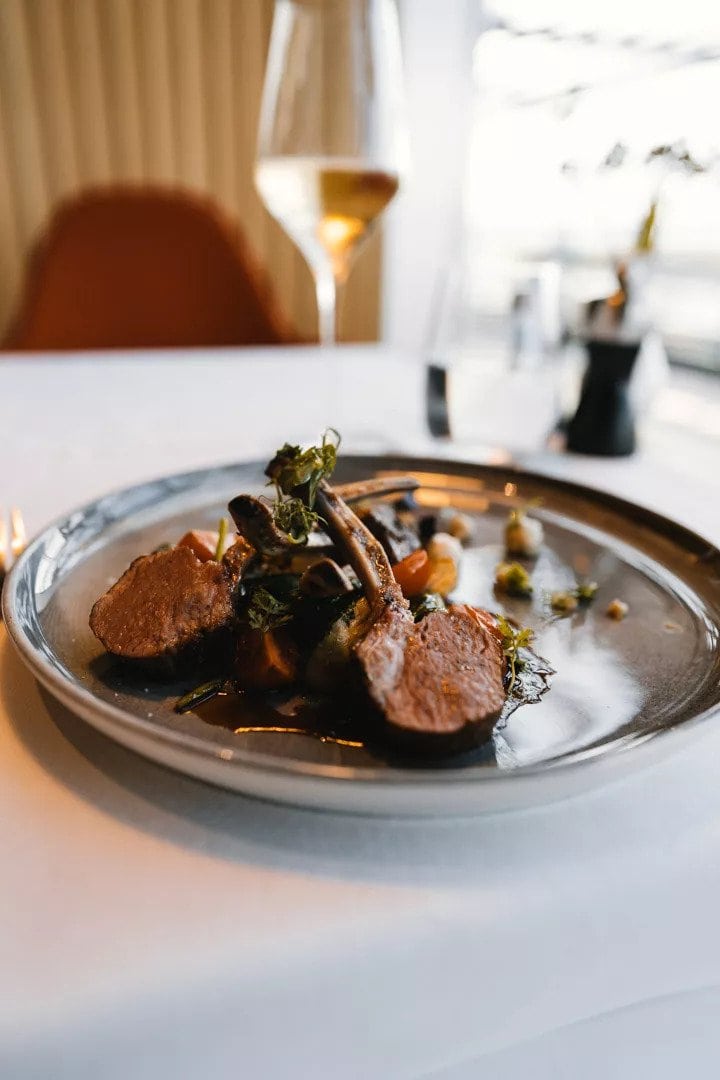 The one thing that did set this lounge apart from others was the service. While I usually find European service lacking (compared to Asia), the opposite was true for the Swiss lounge. One of the lounge managers (Spiro from Italy) showed me around the lounge and took me for a quick whiskey tasting at their Senators lounge next door.

As it turned out, Spiro was also into photography, and we talked about cameras and lenses at the bar (he was also kind enough to take a few pictures for me!). It’s refreshing to find people that can offer both outstanding service and be genuine at the same time.

Swiss Airlines delivers hands down one of the best first-class ground experiences in the world. If you’re lucky enough to try it, make sure to arrive with plenty of time to spare as this is one of those lounges where you can easily spend a whole day!

For more about my Swiss First Class flight from Zurich to Singapore, you can check out my review here. 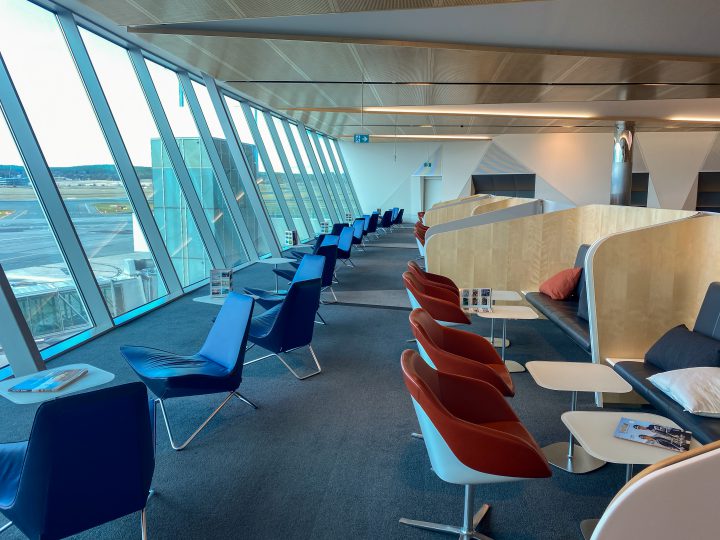 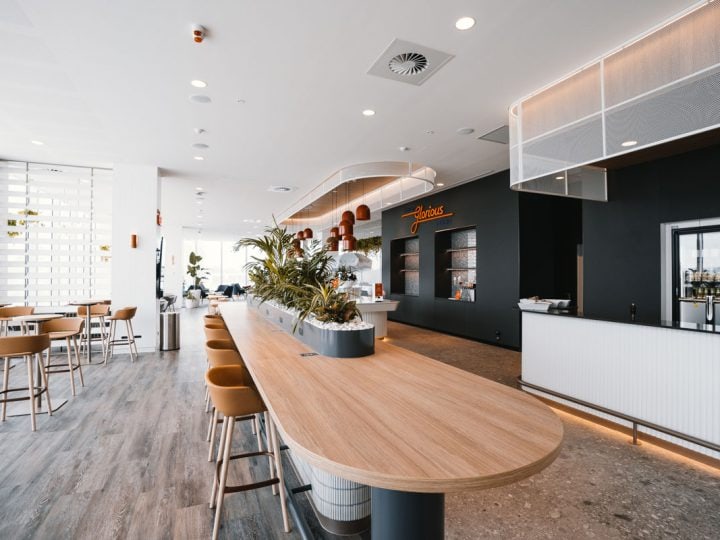 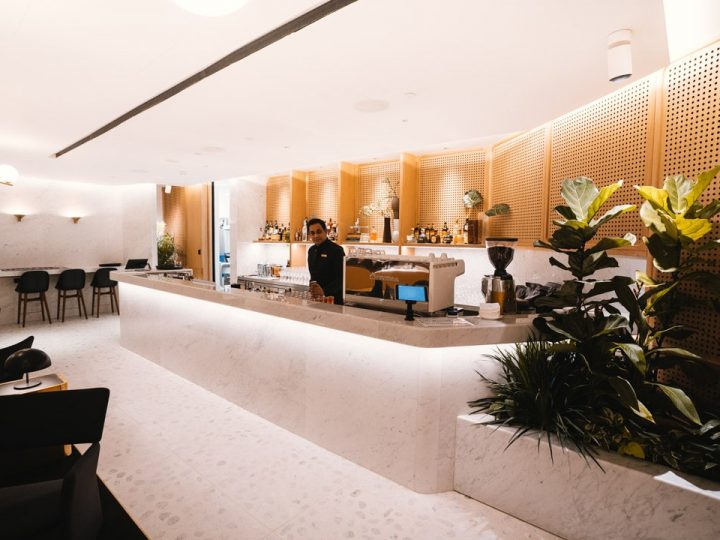