After buying back its the Aeroplan loyalty program in 2019, Air Canada has just revealed the first part of its completely revamped loyalty program. Going forward, Aeroplan will be tightly integrated with the Air Canada brand with a few new features as well as some devaluations on the cards.

Why should Australian frequent flyers care? If you recall, this year Aeroplan started selling its points with a huge bonus for the first time ever. When airlines sell points at a discount, there’s usually some benefits to be had for savvy points collectors. With Aeroplan being a Star Alliance program and a redemption partner for Etihad; this opens up a raft of opportunities for Australian based Aeroplan members. The new Aeroplan award chart or rather charts will consist of 10 separate editions covering every possible zone combination. There’s a chart for travel within each zone and an additional 3 for travel between the origin zone and other zones that are defined by North America, Atlantic, Pacific and South America. The chart is also divided by distance and class so you will need to use an air mileage calculator tool such as GCMap to figure out the points required for your itinerary.

The charts are for one-way flights only so if you wanted a return flight, simply double the points required.

Between North America and South America

Travel Between Atlantic and Pacific zones

Dynamic pricing is the kryptonite for most hardcore frequent flyers who understand how programs work. However, for the average user, it’s a significant change since it means all unsold seats on an Air Canada flight will be redeemable with points. The pricing, in this case, will depend on demand, so if a flight is busy, prices will be higher.

Seat availability on the 26 Star Alliance partners will be sold on a fixed pricing model which is excellent news. The same goes for Air Canada’s non-alliance partners such as Etihad and Canadian North. All these airlines will release seats based on capacity, so use a tool such as Expert Flyer when you can’t find seats (it will alert you when space becomes available).

Fuel surcharges will be scrapped entirely, which is great news, especially for flights operated by Air Canada where previous surcharges were slightly over the top. The same goes for partner airlines such as Lufthansa, ANA etc.

With the removal of the fuel surcharges, we do get a new booking fee for partner redemptions. Set at an acceptable rate of $39 for partner airline bookings and $30 if you book any award over the phone.

Cancellation fees are based on the type of fare you booked and range from $25 all the way to $175. The price is also dependant on how you cancel, with online cancellations attracting a lower fee compared to phone cancellations. If however, your stopover is shorter than 24h, there is no additional cost.

Since Aeroplan reward charts are priced out as one way, you could plan a stopover route on your return flight via an entirely different continent; essentially creating a round the world flight of sorts.

Air Canada Altitude is being rebranded to Aeroplan Elite which is a Star Alliance program. The way one can earn Aeroplan Elite remains pretty much the same. Personally, I don’t think Aeroplan Elite is worth chasing if you’re based in Australia/Asia, and there are better programs such as Aegean Miles & Bonus or Singapore Airlines. This is mostly because Aeroplan Elite will still require specific spending criteria with the Canadian Airline – or at least with Star Alliance issued on Air Canada stock. If you are interested in chasing Aeroplan Elite, check out the excellent post my friend Ricky from Prince of Travel wrote here.

From March 2021, Aeroplan will introduce Status Pass to its members who are at least 50k or higher. Members can give a status pass to anyone they want, friends, family or even colleagues. It also applies to parties of up to 9 people travelling together. Status gifting is only valid when flying Air Canada though, so it’s rather useless if you thought of using it for another Star Alliance flight.

I think this is a good step forward for Aeroplan, especially for those who’ve been watching the Canadian frequent flyer program from the sidelines. With bonus sales and interesting award charts on offer, Aeroplan is certainly a viable alternative for those who also value LifeMiles and the likes.

The current Aeroplan site is clunky and not very usable at best, but Air Canada promises some big changes as the program integrates with the flagship carrier. 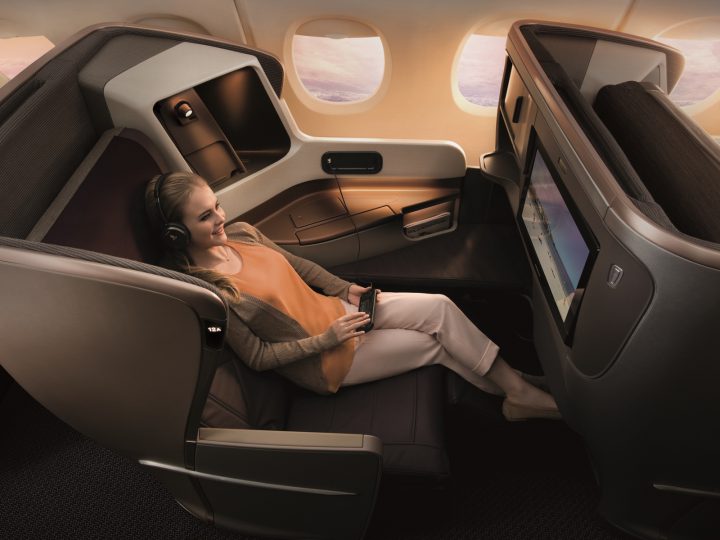