The first of seven additional Boeing 737-800 aircraft is set to enter Virgin Australia’s fleet in late November, with the aircraft previously operated by SilkAir. Virgin will introduce brand new seats in some of these new aircraft. As part of the initial trial, the airline has fitted the new cabin to two 737 aircraft, VH-IWQ and VH-IJQ.

“We are excited to unveil our new interior prototype which we are going to trial over the next few months,” said Mr Jones.

“Virgin Australia is committed to being a customer-led business, so once we receive feedback from our guests and crew, we’ll consider implementing elements of the new design as our fleet grows.

Unfortunately Virgin Australia’s enhanced Business Class seat is still a recliner. This is especially disappointing on cross country and short-haul international flights, where other airlines including Qantas offer lie-flat options in business.

There are a number of welcome improvements at the pointy end, including: In Economy, travellers can expect to see several improvements. I am a huge fan of the new purple seatbelts, but other than that guests will find the following: 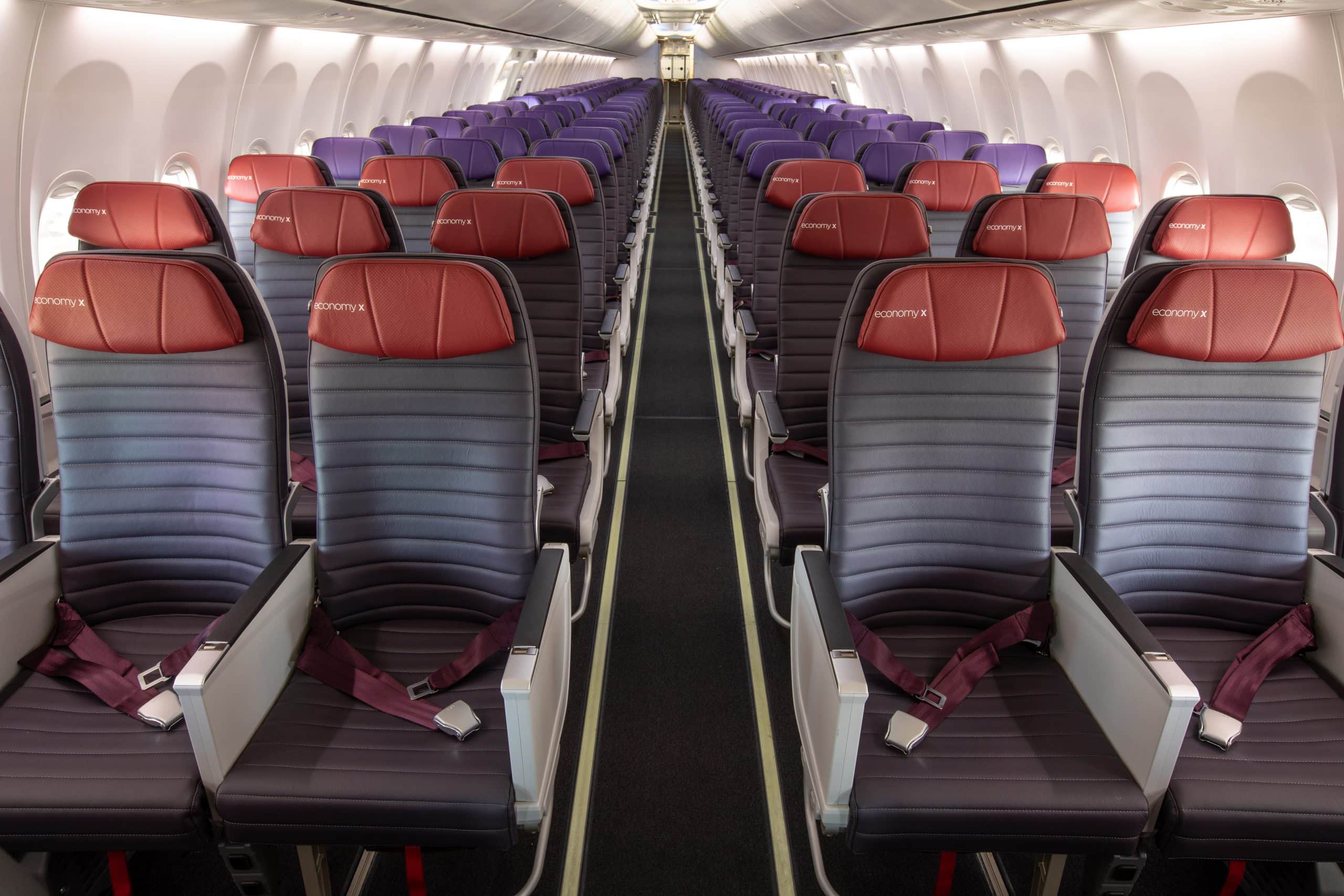