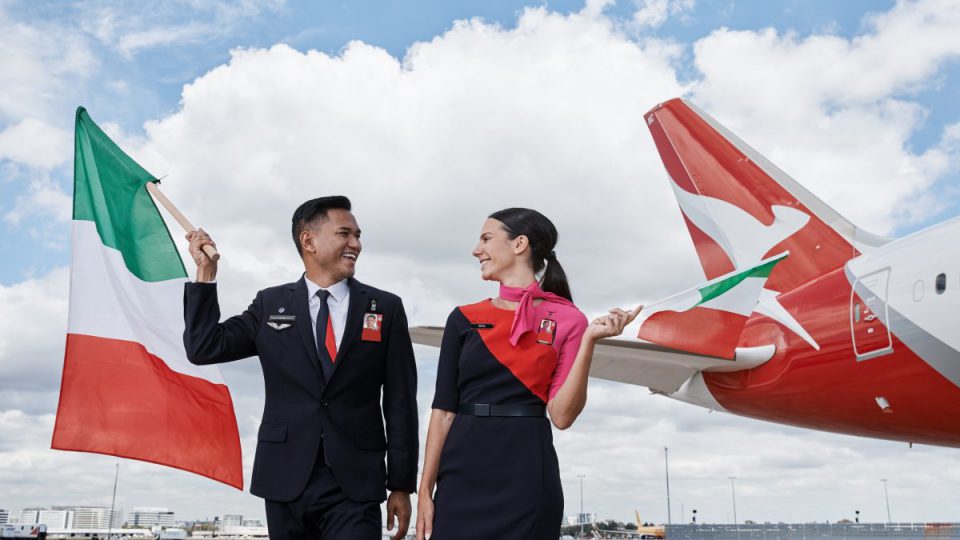 Starting from 22 June 2022, Qantas will launch a brand new direct route from Perth to Rome with 3 weekly flights. The route will be Sydney – Perth – Rome on the Boeing 787 Dreamliner.

Customers will be able to combine Qantas’ Rome flights with its double-daily direct flights between Australia and London, meaning they will be able to fly in and out of different cities on one return ticket through to October 2022. 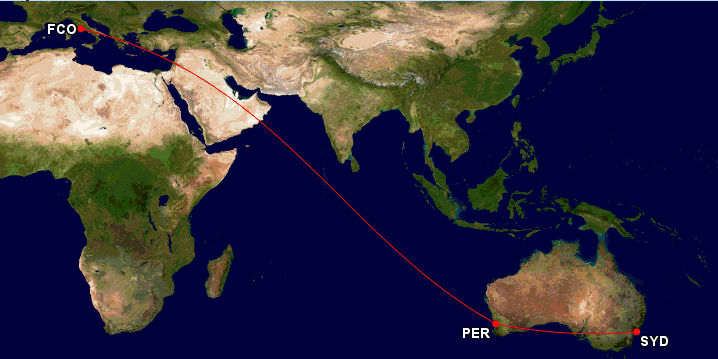 The Rome service will also give customers another option for reaching onward destinations across the Mediterranean and southern Europe through Qantas’ network of partners.

With WA borders opening from February 5th, the new route is expected to entice more visitors to Western Australia and Qantas will partner with Tourism Western Australia to boost inbound tourism from Europe into Perth and regional WA, as well as promote Perth as an ideal stopover for Australians travelling to Europe from the east coast.

Fares for the new Sydney-Perth-Rome flights go on sale today starting from $1785 return. Qantas will operate two Points Planes (bookable until 21 December 2021) for Frequent Flyers with every seat in every cabin available to book as a reward seat on the inaugural flight to Rome on 22 June and on the first flight departing Rome on 23 June.

Below is a sample pricing for Perth to Rome using Qantas Points: 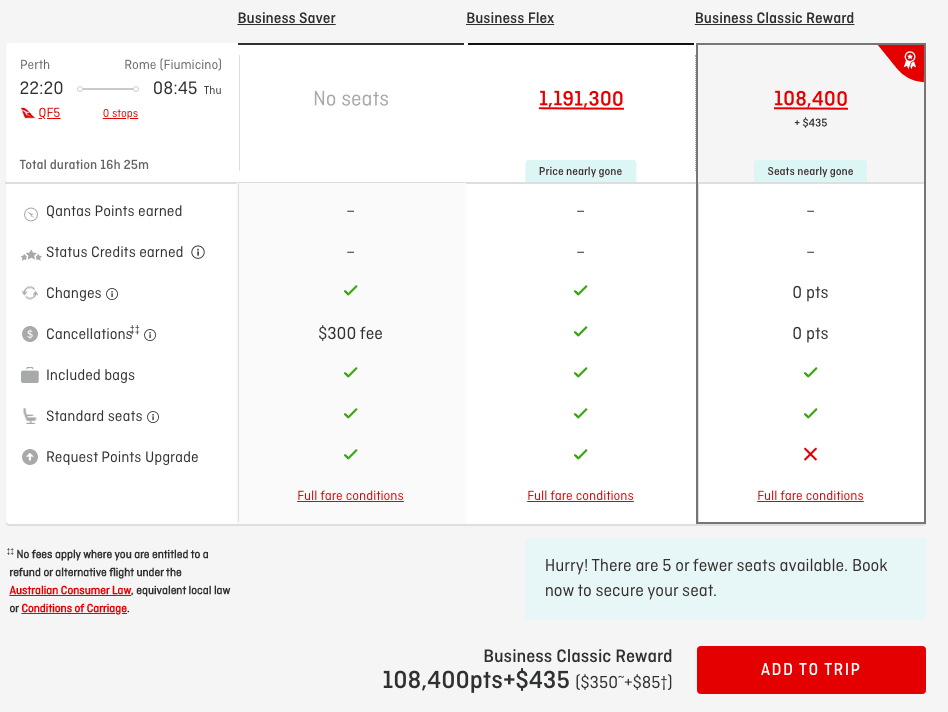 The seasonal route will operate from 22 June until 6 October. Qantas will offer connections to 16 destinations in Europe including Athens, Barcelona, Frankfurt, Nice, Madrid and Paris and 15 destinations within Italy including Milan and Venice. 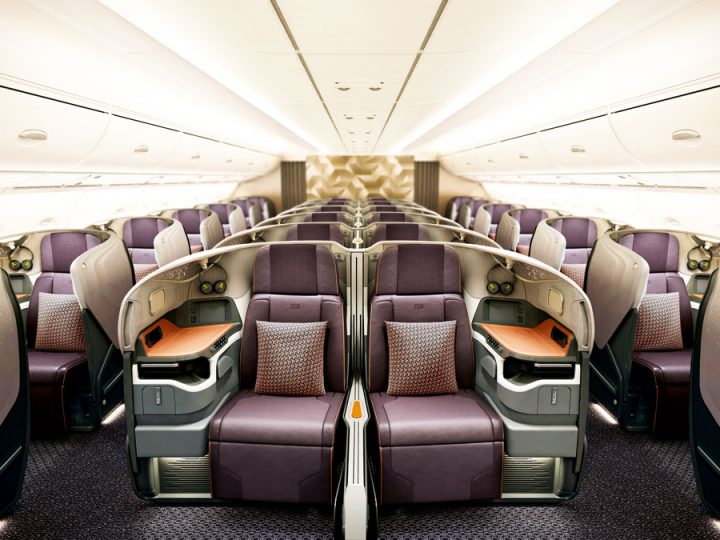 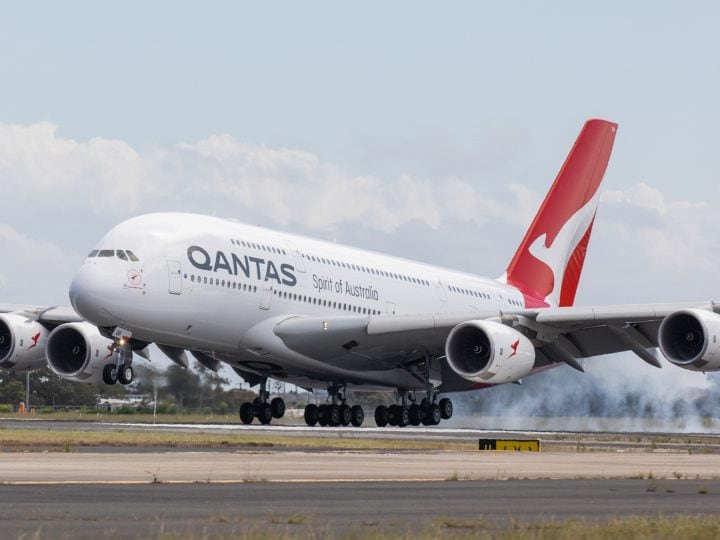 Qantas A380 Flights Resume Next Month: Here's How To Book Using Points 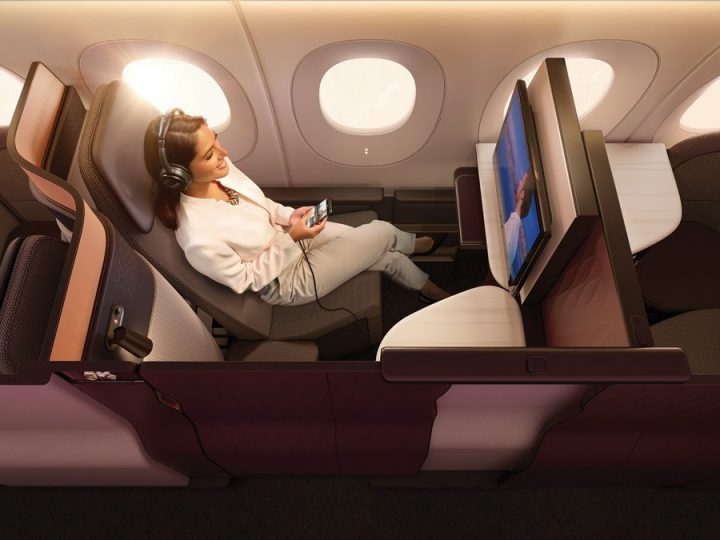